Is the End in Sight for Meningitis? 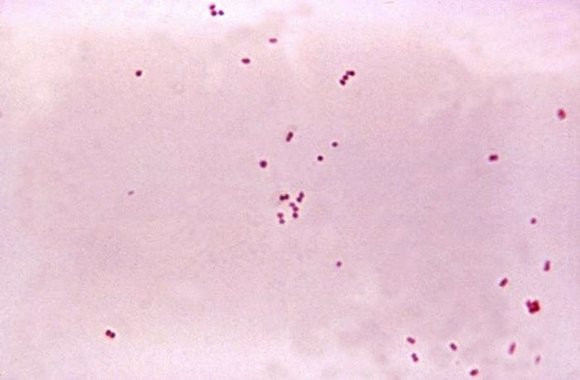 This micrograph depicts the presence of aerobic Gram-negative Neisseria meningitidis diplococcal bacteria; Mag. 1150X (Meningococcal disease is an infection caused by a bacterium called N. meningitidis or the meningococcus. The meningococcus lives in the throat of 5-10% of healthy people. Rarely, it can cause serious illness such as meningococcal or blood infection).

(CNN) -- Each year, millions are at risk of outbreaks of meningitis that sweep across 26 countries, known as the 'meningitis belt.'

The bacterial disease infected a record 250,000 people -- and caused 25,000 deaths -- during an outbreak in 1996 and numbers have since come in annual waves, with rates of new infections as high 1 in 100 people in some areas.

But now, less than 20 years after the record outbreak, elimination of the disease is in sight in this region across Africa -- thanks to a vaccine.

"It's the first vaccine developed solely for a strain that's Africa-centric," says Steve David, President and CEO of PATH, the non-profit organization that led the development of the vaccine in collaboration with the World Health Organization (WHO).

Six strains (types) of the bacteria can cause epidemics and are seen globally, but one dominates within this region -- Strain A.

"There was simply no vaccine for this strain," says Davis.

Meningitis is a bacterial disease infecting the lining of the brain and spinal cord and causes death in 5-10% of cases, even if caught early. Those who survive the infection also have a 10-20% chance of brain damage, hearing loss and learning disabilities, according to WHO. Symptoms include a stiff neck, rash, fever, vomiting and sensitivity to light.

People most affected are children under 5 and teenagers as they're are more likely to encounter the bacteria.

The new vaccine, known as MenAfriVac, began development in 2001, as part of the Meningitis Vaccine Project (MVP). The project was set up to address the epidemics and prevent them from happening annually.

Less than a decade later the vaccine was ready to go and was first introduced in Burkina Faso in 2010.

As well as protect individuals, the vaccine also prevents asymptomatic people from carrying the Meningitis A bacteria in their system and spreading the disease without realizing -- enabling greater herd immunity.

The result? Near-elimination of this form of the disease.

"It's gone from high numbers to almost zero...we're almost at elimination of meningitis A," says Davis.

A key secret to the vaccine's success has been its ability to tolerate temperatures of up to 40 degrees Celsius for up to four days. This reduces the need for cold chain storage facilities, as required for other vaccines.

But experts warn that numbers can easily creep back up if immunization rates aren't maintained.

Catching all forms of the disease

Whilst rates of meningitis A have fallen drastically, cases will return if national immunization programs fail to include the vaccine into their routine immunizations, particularly now the MVP program has closed.