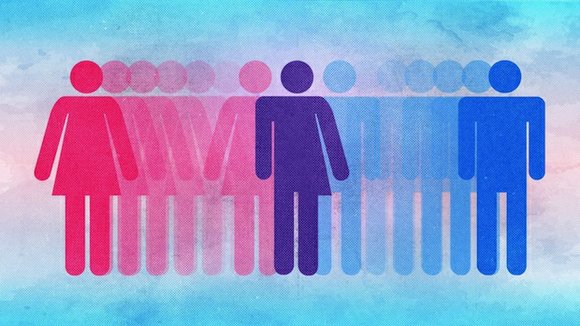 A flurry of policies affecting transgender people has swept the country in recent weeks, leading to widespread protests, economic losses and a growing debate about equality and privacy.

(CNN) -- The Justice Department has sent letters to North Carolina's governor and university system leaders notifying them that the state's transgender law violates the U.S. Civil Rights Act, according to a Justice Department official.

House Bill 2, the Public Facilities Privacy & Security Act, puts in place a statewide policy that bans individuals from using public bathrooms that do not correspond to their biological sex.

The federal letters said, "Access to sex-segregated restrooms and other workplace facilities consistent with gender identity is a term, condition or privilege of employment. Denying such access to transgender individuals, whose gender identity is different from their gender assigned at birth, while affording it to similarly situated non-transgender employees, violates Title VII."

The Justice Department letters ask for a response by May 9 on "whether you will remedy these violations of Title VII."

Gov. Pat McCrory issued a statement, but didn't specifically say what the state will do.

"A claim by the Obama administration charges that one part of House Bill 2, which requires state employees in public government buildings and students in our universities to use a restroom, locker room and shower facility that match their biological sex, is now in violation of federal law. The Obama administration has not only staked out its position for North Carolina, but for all states, universities and most employers in the U.S.

"The right and expectation of privacy in one of the most private areas of our personal lives is now in jeopardy. We will be reviewing to determine the next steps."

McCrory signed the bill into law March 23 after the General Assembly went into special session earlier in the day to push through the legislation.

The legislators were responding to a nondiscrimination ordinance the city of Charlotte enacted that, among other things, made it possible for transgender individuals to use the public bathroom of the sex they identify as.

Another feature of the law: It stops cities from passing anti-discrimination ordinances to protect gay and transgender identity. That power is reserved for the state, under the new law.

The move enraged civil liberties groups, Democrats and others in the state. Rockers Bruce Springsteen and Pearl Jam canceled concerts in the state and PayPal said it will not open a facility in North Carolina that would employ 400 people.

The state could lose federal money. The letters reminded university system leaders they accepted funding from groups like the Office on Violence Against Women by agreeing not to discriminate on the basis of gender identity.

A few days after passage of the bill, two transgender men, a lesbian, the American Civil Liberties Union of North Carolina and Equality North Carolina filed a federal lawsuit asking a judge to declare the law unconstitutional and a violation of federal laws banning sex discrimination.

"It is now clearer than ever that this discriminatory law violates civil rights protections and jeopardizes billions of dollars in federal funds for North Carolina," the ACLU and Lambda Legal said. "The only way to reverse the ongoing damage HB 2 is causing to North Carolina's people, economy and reputation is a full repeal."

"It's absurd that President Obama is directing the investigative power of five federal departments to investigate the repeal of a law that punishes businesses for having restrooms designated for men only and women only," said council President Tony Perkins.

CNN's Devon Sayers and Dave Alsup contributed to this report.