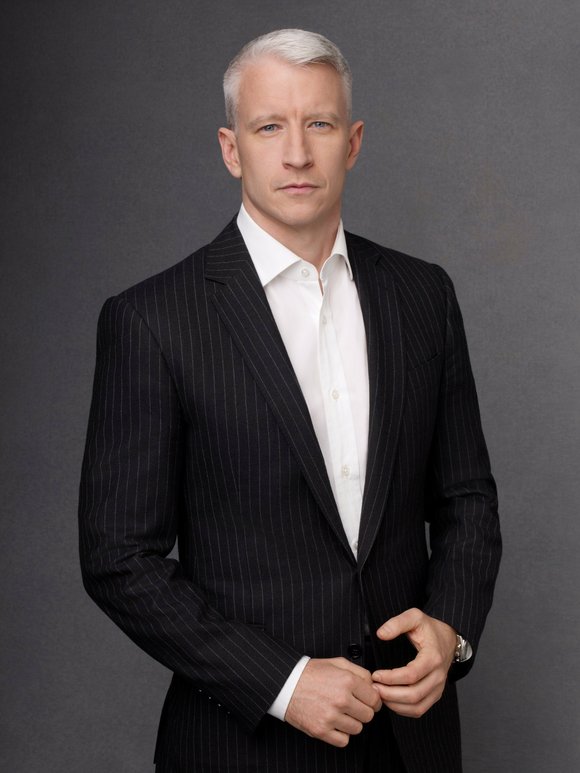 NEW YORK (CNN) -- While rivals and media critics complain that Donald Trump's pervasive presence on television has given him an undue advantage in the presidential race, Anderson Cooper says Trump has made his own luck by submitting himself to interviews others refused.

"(Trump) is good TV, without a doubt," said Cooper, best-selling author and host of CNN's "AC-360." "But a lot of these people can be good TV. They just don't want to subject themselves."

Cooper's comments came in a wide-ranging conversation with David Axelrod on "The Axe Files," a podcast produced by CNN and the University of Chicago Institute of Politics.

The two talked about Cooper's life, career and his revealing new book, written with his mother, Gloria Vanderbilt, "The Rainbow Comes and Goes: A Mother and Son on Life, Loss and Love."

"Hillary Clinton, Ted Cruz ... we would put out a lot of requests all the time," Cooper said. "It's not that all we want to do is put Donald Trump on ... Look, Jeb Bush -- I never talked to him until we did a town hall and that was the first and last time. It was right before he left the race."

The CNN anchor says Trump's style of gamely parrying with interviewers has worked for him, burnishing his image as someone who stands apart from conventional politics.

"Donald Trump is fascinating because he actually does answer questions. You can quibble with how he answered the question, what his base of knowledge is," he said. "There are all of those things, but he does answer. And the first time I saw him talk after he announced, I remember being impressed and saying, 'He does not sound like any other politician.' And I get that appeal."

That no-holds-barred style from Trump, Cooper believes, poses a challenging contrast with that of his likely general election opponent, former Secretary of State Clinton.

"I come back to the term authenticity. I do think there is a practiced quality to Hillary in what she says often ... That is her go to response, her go to response is to be a policy wonk and to go with facts and figures," he said. "For someone who has been in the public eye for that long, look I get that. It's not an easy thing, particularly if it doesn't come naturally to you ... I think the problem is the response sometimes feel inauthentic or they just seem like, 'I've heard this before.' "

As for his own future, Cooper, who doubles as a correspondent on "60 Minutes," deflected rumors that he is under consideration as a possible new on-air partner for Kelly Ripa after Ripa's co-host Michael Strahan announced he is leaving her show to work solely for "Good Morning America." But Cooper made it clear that he has no plans to leave CNN, suggesting that any new assignment would be in addition to his current duties.

"First of all, I don't see leaving CNN. Anything I do would be an add-on. I believe in the mission of CNN. I like going to the front-lines of places, and I like that they want me to (go)," he said.

To hear the whole interview with Cooper, which also touched on his becoming a self-appointed embed in Burma and Somalia, and more, click on http://podcast.cnn.com. To get "The Axe Files" podcast every week, subscribe at http://itunes.com/theaxefiles.