How Many Latino Students Are Enrolled In Selective Institutions? 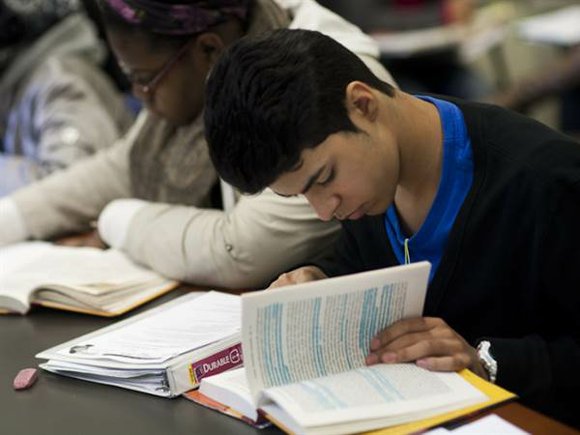 There are few Latino students in highly selective colleges and universities though the good news is that the numbers are increasing despite the increased competition. Attending these institutions is valuable for many reasons, including higher graduation rates and the availability of more resources for Latino students, according to a new report released Tuesday by Excelencia in Education.

Of all Latino undergraduates, only 12 percent were enrolled in selective higher education institutions — universities that accept less than 50 percent of applicants.

"At a time when more attention is given to the benefits of attending a selective institution and these institutions look to increase the diversity of their student body, it is critical to look at how they contribute to Latino student success," said the report's authors, which include Excelencia in Education co-founder Deborah Santiago.

Although graduation rates at the most selective institutions are lower for Latinos than the rate for all students, Hispanics are more likely to graduate on time than if they attend a less selective two-year or four-year institution. In fact, the report found that the lower the college or university's admittance rate, the higher the graduation rate was for Latino students.

Findings showed that those institutions have diffuse efforts to support Latino students throughout the school —among different departments and disciplines and through the use of Latino/Chicano offices, for example. Selective schools also provided more research opportunities for undergrads, which increased their experiences when they were applying for post-graduate programs or jobs.

These selective schools also harnessed their successful network of alumni to increase the recruitment and retention of Latino students and ensure their success.

For more information go to http://www.nbcnews.com