Joe Morton Stars As Dick Gregory In ‘Turn Me Loose’ 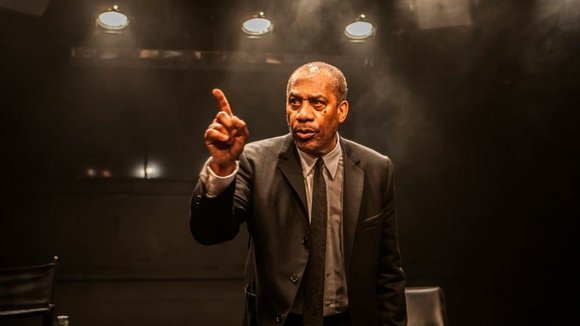 Veteran actor Joe Morton stars as Dick Gregory in the off-Broadway play, Turn Me Loose, now playing at the Westside Theater. He talks to the Tom Joyner Morning Show about nailing Dick Gregory, how Kerry Washington‘s pregnancy will effect Scandal and much more.

On meeting the legendary comedian:

“We’ve only met one or two times and spoke on the phone a couple times. Everything else was pretty much research. There’s a lot of present day Dick Gregory on YouTube. So I just watched the way he walked and talked. All of this was just research.”

“It implies that he is someone who just puts together some facts that one would think is crazy. I think he’s a genius. I’ll call him a theorist.”

Turn Me Loose opens this weekend in New York.