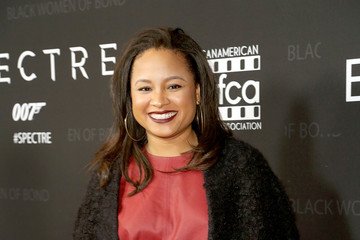 Actress Rhyon Nicole Brown, best known for her role in the ABC Family series “Lincoln Heights,” has been cast as Michel’le in the upcoming Lifetime movie “The Michel’le Story,” reports Deadline.

The film traces the life of the singer, who was discovered at a young age by N.W.A’s Eazy-E and became a platinum artist on Ruthless Records. She was Dr. Dre’s girlfriend for more than a decade and later married Death Row founder Suge Knight. Finally, after years of silence, she is ready to reveal her side of the story.

Curtis Hamilton will play Dr. Dre; while R. Marcos Taylor, who starred as Suge Knight in “Straight Outta Compton,” will reprise his role in “The Michel’le Story.”

Brown played Lizzie Sutton on Freeform/ABC Family’s “Lincoln Heights” for four seasons and also had guest roles on such shows as “Everybody Loves Raymond,” “Boston Public,” “ER” and “Judging Amy.”

“The Michel’le Story” — which follows Lifetime’s string of biopics about female ’90s R&B singers including Whitney Houston and Aaliyah — will be produced for the network by Sony Pictures Television and Thinkfactory Media. Leslie Greif executive produces. Principle photography begins next month.