Control of Congress Up for Grabs Tuesday 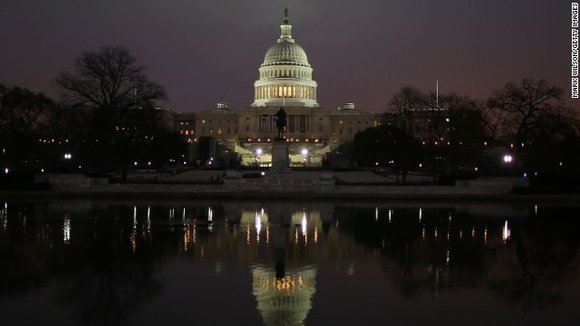 WASHINGTON (CNN) -- The Senate is up for grabs Tuesday, as competitive races in nine states will determine whether Republicans can hold on to power or if Democrats are able to win a slim majority.

Republicans now hold a 54-46 advantage in the Senate, but come into Election Day with more battleground seats to defend, including in Indiana, North Carolina, New Hampshire, Illinois, Pennsylvania, Florida, Missouri, and Wisconsin.

The presidential race has played a major role in virtually all of the key Senate contests, as Donald Trump's controversies have put some Republicans such as New Hampshire Sen. Kelly Ayotte on the defensive. Hillary Clinton's recent troubles, including the late focus on her email server, may have hurt Democrats down-ballot.

The House is also up for grabs Tuesday night, but Republicans are widely expected to keep their majority -- even if their current 246 to 186-seat advantage is narrowed.

In the Senate, Democrats need five Republican seats to get to the 51 needed for a majority. If the night ends in a 50-50 split, the new vice president would give his party the majority.

Control of the Senate will be key to the early successes of a Trump or Clinton administration.

For Clinton, a Democratic Senate would represent a counterbalance to a House Republican conference that has fiercely attacked her on the campaign trail -- even as some of its members have sought distance from Trump.

For Trump, a GOP Senate and House would in theory let Republicans swiftly pass legislation that reverses many of Obama's policies.

Republicans holding their own

Republicans faced a daunting task at the outset of the 2016 election cycle: They held 24 of the 34 seats on the ballot -- meaning many more to defend.

But strong GOP candidates have helped the party pull some contests in presidential swing states off the board.

In Ohio, Sen. Rob Portman has run what's likely the best Republican campaign of the cycle -- turning what was expected to be a close race with Democratic former Gov. Ted Strickland into a likely blowout.

In Florida, Sen. Marco Rubio's loss in the presidential primary turned out to be the GOP's gain, as he made a last-minute decision to run for a second term rather than retiring.

Wisconsin Republican Sen. Ron Johnson was expected to be an easy target for Democrats, but his race with Russ Feingold has tightened in recent days.

Indiana has represented a major disappointment for Democrats. Former Sen. Evan Bayh was expected to run away with the seat in a comeback bid against GOP Rep. Todd Young, but he has faltered amid questions about his residency and his post-Senate lobbying work. That race looks to be close.