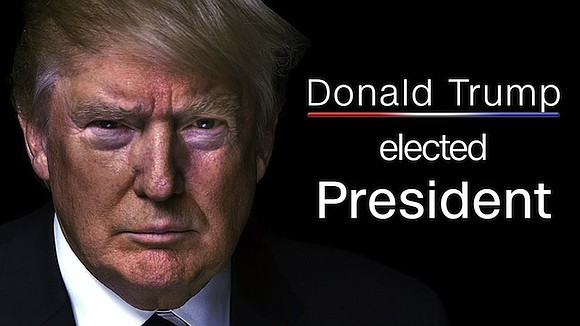 WASHINGTON (CNN) -- Donald Trump's election victory proved -- once and for all -- that 2016 was the year that everything the political class thought it knew was wrong.

Trump's defeat of Hillary Clinton turned on its head years of wisdom about how campaigns operate, how America's demographics are changing and how a controversial nominee can affect down-ballot candidates.

Here are the five biggest surprises of Tuesday night and early Wednesday morning:

Trump's victory is one of the most stunning upsets in American political history.

American voters swept Republicans into power, handing the GOP the White House, the Senate and the House in a wave that no one saw coming.

Political professionals will now spend the coming weeks and months studying just how and why everyone missed it.

2) There is a Trump coalition

Most important: Democrats' so-called "Blue Wall" of Pennsylvania, Michigan and Wisconsin crumbled, with Trump winning two of the three outright, and leading in Michigan in the early Wednesday hours.

In some places, it was the "hidden" Trump supporters the campaign had touted but polls never found. Elsewhere, it was Democratic turnout falling off from 2012 levels.

The difference was particularly evident in states where Clinton had struggled in the Democratic primary against Bernie Sanders, whose protectionist message on trade largely matched Trump's.

3) There wasn't a Clinton coalition

Or, at least, strong turnout from new Latino voters and support from college-educated women was nowhere near enough to match Trump's strength with white voters.

Clinton was hurt by a downtick in African American turnout, which had helped Obama.

But her loss also reflected the reality for a Democratic Party that has drifted leftward and relied more heavily on an urban base in the Obama years. "Blue dogs" -- conservative Democrats -- are gone. And the working-class voters who used to support politicians like Bill Clinton were nowhere to be found for Hillary Clinton.

Clinton's campaign infrastructure was as impressive as any ever assembled. It had targeted, identified and reached crucial voters in battleground states.

None of it mattered.

Or, perhaps, it did -- Clinton, after all, won Nevada, a testament to the left's organizing prowess, and she came close in Florida after racking up huge leads in the heavily populated, heavily Latino southeastern portion of the state.