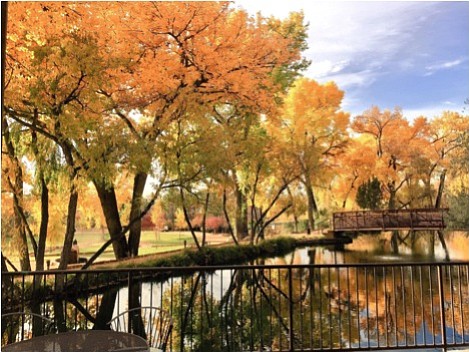 The capital of New Mexico isn't quite as large as many state capitals, but, what it lacks in size, it more than makes up for in beauty and uniqueness. Santa Fe, the second-oldest city and oldest capital in the U.S., has approximately 80,000 residents. Voted as one of the Top 10 Friendliest Cities in the United States, you will hardly need an excuse to visit Santa Fe, but if you must insist, the city thrives with world-class restaurants, spas, performing art venues, shops, art galleries and rich culture/history. Also, voted as one of the top 10 high altitude cites in the world, Santa Fe can easily satisfy the most adventurous and active soul. The blending of Hispanic, Native American, and Anglo cultures provide a wealth of Santa Fe events and attractions for visitors. With so many things to do and see, Santa Fe literally has adventure for everyone.

Upon receiving an invite to attend the “Only In Santa Fe” press trip, my first thought was, “What is there to do there”? My immediate instinct was to Google the city and see what was to offer. I stumbled across key words like, “The Plaza”, “Canyon Road” and “The Railyard – Guadalupe District”. Not knowing much about the state or city, my goal was to explore Santa Fe like a local by getting acquainted with its most beloved attractions. I quickly realized that Santa Fe is a paradise for lovers, history buffs (like me), culture explorers and outdoors enthusiast. Being 400 plus years old, Santa Fe’s history is some of the oldest in the country. Santa Fe, which means Holy Faith, was dubbed “The City Different” in 1914. With 20 percent of the city deemed as a historic district, all buildings follow the same building codes which make the architecture timeless as its blended culture come to life in numerous festivals, events and local traditions like The Burning of Zozobra, created in 1924. 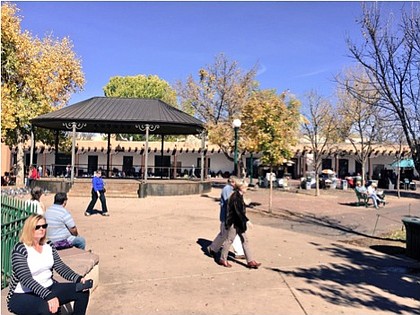 With the exception of Amazing Culture and History, in town you can find The Santa Fe Plaza which is a National Historic Landmark in downtown Santa Fe. Essentially serving as the heartbeat of the city, The Plaza is the perfect example of traditional Spanish-American colonial cities. The plaza was originally, and is still to this day, the center gathering place in town. Near the Plaza you will find the New Mexico History Museum which is connected to the Palace of the Governors, the Georgia O’Keeffe Museum and the St. Francis Cathedral with its iconic spiral staircase at the Loretto Chapel which are all a must see!

After exploring the historic downtown area, take a trip to the location of the legendary Santa Fe Trail and continue towards Museum Hill where you will find the Museum of Indian Arts & Culture and Museum of International Folk Art. Upon entering the Museum of International Folk Art, I was immediately drawn in by the exhibits. Personally, it was one of the highlights of the press trip for me. Founded by Florence Dibell Bartlett and opened to the public in 1953, it has gained national and international recognition as the home to the world’s largest collection of international folk art.