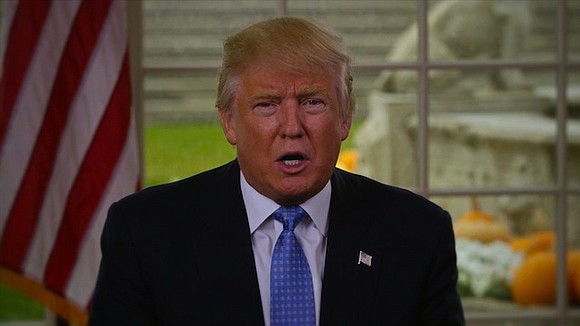 By Tom LoBianco and David Wright

WASHINGTON (CNN) -- Election officials, leading Democrats -- and even a prominent Republican -- blasted President-elect Donald Trump after he spread allegations of voter fraud and targeted a trio of states with his false claim.

Election officials, leading Democrats -- and even a prominent Republican -- blasted President-elect Donald Trump after he spread allegations of voter fraud and targeted a trio of states with his false claim.

Trump first alleged Sunday that "millions" of undocumented immigrants voted against him and later directed the inaccurate charges at California, Virginia and New Hampshire. Neither Trump nor his transition team have responded to requests to explain what he meant or provide any evidence.

"Serious voter fraud in Virginia, New Hampshire and California - so why isn't the media reporting on this? Serious bias - big problem!" Trump tweeted.

"This will probably cost me my spot in the Cabinet but there was no fraud, serious or other, in this election in NH. There just wasn't," Rath tweeted.

And California Secretary of State Alex Padilla hit back at Trump, tweeting that his "unsubstantiated allegations of voter fraud in California and elsewhere are absurd."

California Rep. Adam Schiff, a Democrat, tweeted: "President-elect Trump's claim that he would have won popular vote but for fraud is as baseless as it is demeaning. #ActLikeAPresident"

It was still unclear Monday why Trump was alleging voter fraud in the election he won, while Green Party officials were seeking a recount based on questions of whether voter fraud helped him win.

Marc Elias, the Clinton campaign's former counsel, pointed out the irony of Trump blasting alleged voter fraud but opposing any investigation of the election results.

"We are getting attacked for participating in a recount that we didn't ask for by the man who won election but thinks there was massive fraud," Elias tweeted Sunday night.

Rep. Chris Collins, a New York Republican who will be one of Trump's key point men in Congress, said he did not know if there were "millions" of people who voted illegally, but said he would rather Trump and the Green Party both "move on" from the recount.

"He is the president-elect and it is time to move forward," Collins said on CNN's "New Day." "It's time to move on. And it's time to end the discussion of recounts and, again, hopefully we can strengthen voter ID laws."

Sen. James Lankford, an Oklahoma Republican, also said there may be evidence of some voter fraud, but nothing close to the "millions" of voters Trump is claiming.

"I have not seen anything in the millions, I don't know what he was talking about," Lankford told CNN's Alisyn Camerota.