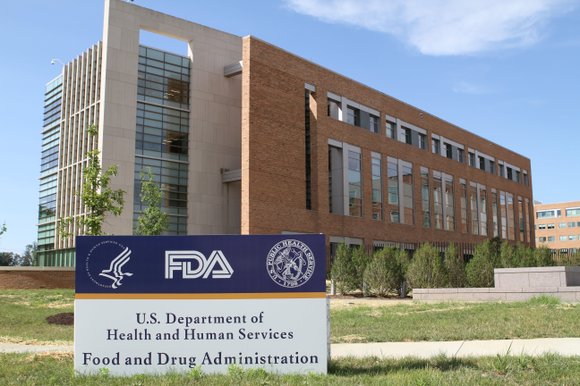 (CNN) -- Parents may have fewer options to soothe their teething child.

The US Food and Drug Administration is warning caregivers to stop using homeopathic teething tablets and gels.

Hyland's, the company that says it has the best-selling version of the tablets, stands by it, and there is no recall. But CVS, one of the drug store chains that sells Hyland's, Baby Orajel Naturals and its own version of the product, has pulled them from the shelves.

Confused about what you should do to help your teething child?

Here's what you need to know.

What are homeopathic teething tablets and gels?

These tablets have been around since the early 1900s and temporarily provide relief to a baby who's getting their first teeth. Hyland's tablets "make nights bearable, days livable, and truly make the teething years way more groovy," it says on its website.

In the case of Hyland's, the active ingredients are calcarea phosphorica, which helps with teeth formation; chamomilla, meant to help with the baby's irritability; coffea cruda, to help the baby's sleeplessness; and belladonna, commonly known as deadly nightshade, which helps ease the redness, inflammation and discomfort from teething.

Why is the FDA concerned?

The FDA is looking into reports of adverse events related to the products, including children who may have had seizures after using them. The agency warns that the tablets and gels "may pose a risk" to infants and advises parents to take their child to a doctor immediately if they experience these seizures or difficulty breathing, lethargy, muscle weakness, excessive sleepiness, constipation, skin flushing, agitation and/or constipation.

What else is the FDA doing?

The FDA is testing samples of the products. It says it will let the public know what it finds.

The products are not FDA-approved for safety or efficacy.

An administration news release adds that it is "not aware of any proven health benefits of the products."

What has the FDA done in the past?

The FDA issued a safety alert about the tablets in 2010. Hyland's did issue a recall at that time.

The ingredient of concern in 2010 was belladonna. After lab testing, the FDA said it found inconsistent amounts of the ingredient in the tablets. The agency also had reports of adverse events related to using the products that were consistent with belladonna toxicity. The FDA also was concerned because the bottles didn't have child-resistant caps.

On its website, Hyland's says, "We are fully cooperating with FDA's inquiry and we're providing them with all the data we have. We also hope to learn from FDA what facts, if any, the Agency has based its action on.

"We test our products for their belladonna content as well as other tests including microbial contamination. We also have a program to monitor, investigate and trend all safety reports on any of our products."

Also on its website, Hyland's says that millions of children have been helped by these products since they were introduced to the US market in 1945.

The company's director of scientific affairs, Dr. Iris Bell, writes on the website that the amount of belladonna alkaloids is "THOUSANDS OF TIMES below" the therapeutic amounts of the ingredient used in some conventional medicines.

What has the rest of the industry done?

CVS voluntarily withdrew all of its homeopathic teething products from its online and retail stores on Monday, after the FDA issued its warning.

What do others think?

The American Academy of Pediatrics' HealthyChildren.org has warned parents to stay away from teething tablets that contain belladonna and gels with benzocaine, citing the FDA warnings and the potential side effects.

What's a caregiver to do?

The American Academy of Pediatrics suggests that parents massage the child's gums with a clean finger when a baby is in pain.

Other options include a clean, wet washcloth that is chilled in the freezer for about 15 to 30 minutes.

Frozen bananas or berries can also help if the child is eating solid foods. A frozen bagel is an alternative. Or, if the child is older than 6 to 9 months, try a cotton sock rolled up tightly.

A weight-appropriate dose of acetaminophen may also help, but ask your child's doctor about what that right dose is.