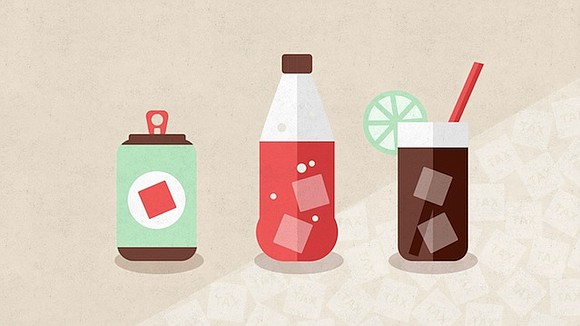 (CNN) -- A provocative new research paper has unmasked how many health organizations received funding from the nation's two largest soda companies in recent years, and the findings have left researchers shocked.

The Coca-Cola Co. and PepsiCo recently sponsored at least 96 national health organizations at the same time the companies were lobbying against public health bills intended to reduce how many sugary sodas people drink, according to the paper published in the American Journal of Preventive Medicine on Monday.

"We were surprised to see that many of these health groups taking Big Soda money were silent on public policies to reduce soda consumption, such as soda taxes," Siegel said.

"Clearly, the soda companies are using sponsorship of medical and health organizations to promote their public image, mute the support of these organizations for policies like soda taxes that would decrease soda consumption, and in the long run, to increase soda consumption," he said. "Sponsorship is a well-recognized marketing strategy whose primary function is to increase the bottom line: improve company image and increase product sales."

In response to the paper, the American Beverage Association issued a written statement on behalf of Coca-Cola and PepsiCo, noting that "beverage companies have a long tradition of supporting community organizations across the country. As this report points out, some of these organizations focus on strengthening public health, which we are proud to support."

Siegel and Daniel Aaron, a medical student at the Boston University School of Medicine, conducted Internet and database searches for public records indicating the sponsorships of public health groups and lobbying expenditures of Coca-Cola and PepsiCo from 2011 to 2015.

"We examined Coca-Cola and PepsiCo because they are the top two soda companies in the United States. We wanted to explore their sponsorships in detail, so we didn't explore the smaller companies," Siegel said.

The researchers discovered that the two companies sponsored numerous national health organizations, some of which had a specific mission to reduce obesity or promote healthy nutrition and research, such as the American Diabetes Association and the Juvenile Diabetes Research Foundation.

Due to the amount of sugar they contain, soda beverages have been associated with an increased risk of obesity, type 2 diabetes, heart disease and possibly heart failure.

However, the Juvenile Diabetes Research Foundation said in a written statement that the sponsorships received were for individual, local fundraising activities and initiatives -- and noted that the foundation itself supports research for type 1 diabetes, an autoimmune disease.

"It is a common misconception that type 1 diabetes is caused by diet or lifestyle choices," the statement said.

The American Diabetes Association did not reply to a request for comment.

Additionally, the new paper suggests that the sponsorships occurred while the soda companies lobbied against 29 public health bills. Twelve of the bills were soda taxes, four involved regulations on the federal Supplemental Nutrition Assistance Program, three were regulations on advertising, one involved a soda portion limit for New York, and one proposed health warning labeling on sugary drinks.