Serena Williams Out of WTA Finals After Shoulder Injury 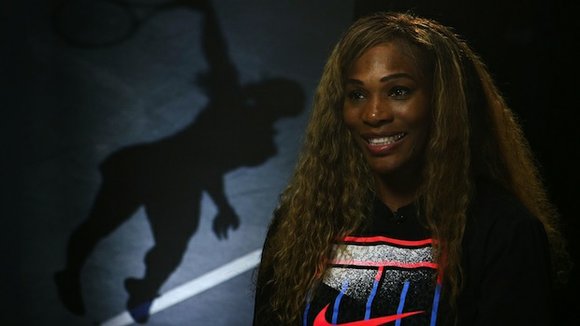 By Zahra Ullah and Ben Westcott

(CNN) -- Serena Williams will not take part in the WTA Finals in late October due to a shoulder injury, meaning she is skipping the elite year-end event for the second straight season.

The 22-time grand slam winner missed the entire Asian swing due to the shoulder problem and has struggled with the issue for much of the second half of the campaign.

"It's been a really tough year for me," Williams said in a video message posted on the WTA's website. "I've been dealing so much with these shoulder injuries. My doctor insists that I stay home and heal it... so I can have a chance to play next year."

In September, Williams told CNN she was hoping to make the Singapore tournament despite withdrawing from both the Dongfeng Motor Wuhan Open and the China Open in the same month over health concerns. Besides the shoulder injury, the 35-year-old was hampered by a knee injury in a semifinal loss to Karolina Pliskova at the US Open in September.

She also withdrew from the WTA Finals in 2015, saying at the time that she needed to address her health. Just like last year, Williams didn't play any tennis after the US Open.

Williams won one grand slam title this year -- at Wimbledon in July -- to match Steffi Graf's Open Era record of majors but lost two grand slam finals, leading her coach Patrick Mouratoglou to tell CNN that it was a "bad" season for the American.

Williams is scheduled to play her next tournament in Auckland in January in the buildup to the Australian Open, 2017's first grand slam.

Williams' pullout from Singapore means that Angelique Kerber secured the year-end No. 1 ranking. The German took over as No. 1 from Williams two days after winning the US Open, ending the latter's consecutive 186-week reign atop the rankings.

Kerber will now headline the field in Singapore, with one place remaining due to Williams' omission. That spot will be taken by either Johanna Konta, Svetlana Kuznetsova or Carla Suarez Navarro.