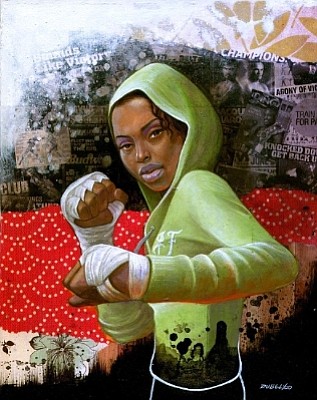 LYNCHBURG, Tenn., Oct. 18, 2016 /PRNewswire/ -- Art, Beats and Lyrics, the national art and music tour presented by Jack Daniel's Tennessee Honey and Cult Creative, is back for the 12th year, and will visit more cities than ever. Launched by Cult Creative in 2004 as a local art show in Atlanta, Art, Beats and Lyrics combines an affinity for urban art and hip-hop culture. Now one of the largest traveling lifestyle experiences of its kind, the tour was created to provide a platform for upcoming visual artists and hip-hop acts to gain exposure and reach.

Art, Beats and Lyrics brings together upcoming and seasoned veterans from both the visual arts and music worlds. The new tour returns to staple cities such as Charlotte, Atlanta and Birmingham, and brings this one of a kind experience to new cities, including New York and Chicago, for the first time. Guests in each city can expect to be engaged and inspired by the interactive, visual art installations, while being entertained by performances from top hip-hop acts and enjoying Jack Daniel's Tennessee Honey cocktails.

Over the years, the tour has featured works from globally renowned artists, such as Miya Bailey and Frank Morrison, along with tour curator and co-producer, Dubelyoo. Recurring hip-hop headliners throughout the years have included legends such as, Scarface, Twista, Mystikal and more. Music performers are typically announced within a week of the event, to create an element of surprise for guests.

Art, Beats and Lyrics kicked off its 2016-17 tour in Charlotte, and will travel on to Atlanta, New York, Chicago and Miami through December. Upcoming cities and dates will be announced in 2017.