Lovell's Food for Thought - The HDEART Consortium, The Legacy of the CRMH Continues 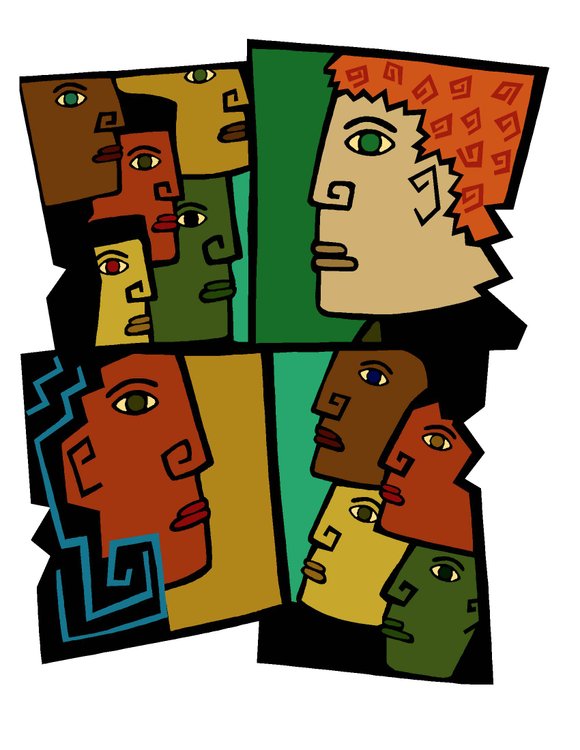 In the Spring of 2002 the Congressionally mandated Center for Research on Minority Health (CRMH) at the University of Texas MD Anderson Cancer Center brought together faculty from the University of Houston, the University of Texas School of Public Health, Prairie View A & M University, Rice University, Baylor College of Medicine and the College of Pharmacy and Health Sciences at Texas Southern University to discuss the formation of a Health Disparities Consortium Program; later named the Health Disparities, Education, Awareness, Research & Training (HDEART) Consortium. The intent of HDEART of this meeting was to develop a program that would look at the strengths and weaknesses of each respective institutions in addressing health disparities. With health disparities becoming a major area of interest, both in terms of research, but also in terms of developing educational and service programs, it was our opinion that the creation of a Consortium, based on the strengths of each, creating a joint effort would be better than each institution trying to create separate entities on their own to address health inequities. The foundation of such was based on the same institutions coming together to support the Texas Program for Society and Health to focus on health policy as a unit. However, what made this effort special and unique was the addition of Prairie View A & M University (PVAMU) and Texas Southern University (TSU); two Historically Black Universities in Houston, both with health programs (TSU with a College of Pharmacy and PVAMU with a College of Nursing).

After several meetings, it was decided to initially focus on an educational program, developing a biopsychosocial course in health disparities. So in the Fall of 2002, HDEART successfully launched its inaugural anchor course: Disparities in Health in America: Working Toward Social Justice on the campus of the University of Houston Central Campus with twenty-six (26) students (21 undergraduates and five graduate students). Because of the rapid growth of HDEART institutions outside of Houston in 2002/2003, it was decided to not only host a Fall course, but a Summer workshop that would not only offer academic credit, but continuing education credit as well. The Health Disparities Workshop was first hosted during the summer at the University of Texas MD Anderson Cancer Center with attendees from member institutions, including both undergraduate and graduate students.

In addition to the anchor course, starting in the Fall 2002, HDEART launched a second course, Human Genomics & Health Disparities, in the Biology Department on the campus of Prairie View A&M University. This latter course was initially teleconferenced into the Texas Medical Center to the University of Texas School of Public Health. The Genomics course continues, borrowing at time, on speakers that present in the Disparities in Health in America course in Houston.

Today, the membership of the Health Disparities Education, Awareness, Research & Training (|HDEART) Consortium, with the addition of the University of Texas Austin, and Harris County Health & Environmental Sciences. The Hogg Foundation for Mental Health, Temple University Health System and the Patient Advocate Foundation, now numbers over 40 institutions, with the course and workshop becoming the glue that binds the Consortium, with institutional membership still being sort by other institutions across the nation. One the issues now facing HDEART and its educational efforts, is time zones.

However, before that, HDEART did face a major issue around the perception generated by the retirement of Dr. Lovell A. Jones from the University of Texas M.D. Anderson Cancer Center. That with Dr. Jones' retirement that such would be the end of HDEART, especially with theCenter for Research on Minority Health. closing its doors. However, within a matter of a few months, HDEART gained new life with its move to Texas A&M University Corpus Christi and then to Prairie View A&M University College of Nursing in the Texas Medical Center. Today HDEART's academic home is to Texas A&M School of Public Health, with the appointment of Dr. Jones as Adjunct Professor. In addition, HDEART is now an independently registered foundation in the State of Delaware. With that, a a new generation of leaders have stepped forward. Therefore, it is time to set of a list of new priorities that will hopefully lead to a reinvigorated interest by HDEART faculty and students in becoming part of the unique effort.

So what is on the horizon for HDEART? Over the past decade plus, the HDEART Consortium has amassed over 1000 hours of presentations on the various topics related to health inequities, from Health Policy and Health Ethics, to Mental Health & Health Disparities to Genomics, Precision Medicine and Health Inequities to Biological Anthropology to Urban Housing to so many topics, some you might never associate with their impact on health and/or health inequities. It is a treasure chest who’s potential beyond imagination; possibly the largest collection of presentations on health disparities/inequities of any entity in the nation.

Therefore, the importance of maintaining this collection to provide a resource for next generations of health disparities researchers is imperative. It is a treasure chest of individuals who have made significant contributions on addressing health inequities, such individuals as Dr. William (Bill) Jenkins. An unsung hero who few outside of CDC and health disparities world know of. Bill, along with many others, are part of this video collection made possible by their participation in the Disparities in Health in America: Working Toward Social Justice course and/or workshop. Some of their presentations, like Bill's, are truly evergreen.

Another reason for maintaining this collection is that the course and workshop have become a mainstay of several degree programs such as Health Disparities Concentration at the University of Texas School of Public Health (https://sph.uth.edu/academics/concentrations/health-disparities/) and the new BS degree program in Health Care Disparities, Diversity & Advocacy. at the University of Texas MD Anderson Cancer Center School of Health Professions. The list of speakers in the Disparities in Health in America: Working Toward Social Justice course has included both national and internationally known speakers as well upcoming scholars. Such names as Dr. Francis Collins, now director of the National Institutes of Health, to Norman Daniels and David Willams, noted Harvard researchers to Rick Kittles noted Black Geneticist, to Octavio Martinez, head of the Hogg Foundation for Mental Health to John Ford at Einstein Health to up and coming stars such as Krystal Tsosie, one of only eight Native American geneticists in the country to Cassandra Diep, who recently joined the Department of Health Disparities Research at the University of Texas MD Anderson Cancer Center. What is so special about Dr.Diep is that she was an undergraduate intern in the Center for Research on Minority Health (CRMH) and attended the course and workshop as an undergraduate from Rice. She her graduate work with Dr. Lisako Mycker at Texas A&M University. another alum of HDEART. Dr. Diep then did her postdoctoral fellowship with Dr. Tom Baranowski, who was an affiliated member of CRMH. The legacy of the CRMH continues through HDEART of its educational program as exhibited by Dr. Diep, but all of the other health disparities scholars who are out there making a difference.

Sometimes history is lost without a written record of what has occurred. For as I often say, it is hard for a people to know where they are going, if they don't know where they came from and the shoulders you are standing on. One of those individuals is Dr. William (Bill) Jenkins (https://youtu.be/B8exYAdDPSU)