$2.3M NIH Grant to The Jackson Laboratory Will Fund Studies of Elderly Response to Pneumococcal Vaccines for Better Prevention and Treatment 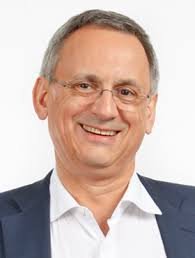 Farmington, Conn. — The National Institute on Aging (NIA) has awarded a four-year, $2,348,313 grant to Jackson Laboratory (JAX) Professor Jacques Banchereau, Ph.D., to develop better prevention and treatment strategies for pneumococcal pneumonia in elderly people, who are at elevated risk for illness and death from the disease.

“The declining ability of the aging immune system to combat infection is a major threat to the health, independence and survival of older adults,” Banchereau says. “We propose to investigate the aging immune system in the context of pneumococcal vaccines, which are designed to protect against streptococcous pneumoniae infection, but have limited efficacy for reasons that are largely unknown.”

The two currently approved pneumococcal vaccines — PPSV23 (Pneumovax®) and PCV13 (Prevnar®) — have been used with mixed success in elderly populations.

“Our hypothesis,” Banchereau says, “is that the altered immune responses of the elderly to pneumococcal vaccines are caused by genomic alterations associated with aging that result in dysfunction in one or more of three immune cell types critical for adaptive immunity: antigen presenting cells, follicular helper T cells and B cells.”

A study of healthy elderly volunteer subjects and their immune cell types will provide the baseline for understanding the functional alterations associated with healthy immune aging and responsiveness to vaccines. George A. Kuchel, M.D., F.R.C.P., study co-investigator and director of the Center on Aging at UConn Health Center, will oversee research staff who will administer two pneumococcal vaccines to the volunteers, collect blood samples at several time points and assess pneumococcal-specific antibody responses.

The Banchereau lab will use the results of these studies to create functional, transcriptional and epigenetic profiles of elderly blood immune cells linked with antibody responses to pneumococcal vaccination.

“These efforts are poised to yield unprecedented large-scale datasets and knowledge concerning immune responses in healthy elderly,” Banchereau comments, “which will be of significant value in understanding responsiveness to vaccines and, ultimately, developing new and better vaccines to protect the elderly from pneumococcal and other infections.”

The Jackson Laboratory is an independent, nonprofit biomedical research institution based in Bar Harbor, Maine, with a National Cancer Institute-designated Cancer Center, a facility in Sacramento, Calif., and a genomic medicine institute in Farmington, Conn. It employs 1,800 staff, and its mission is to discover precise genomic solutions for disease and empower the global biomedical community in the shared quest to improve human health.