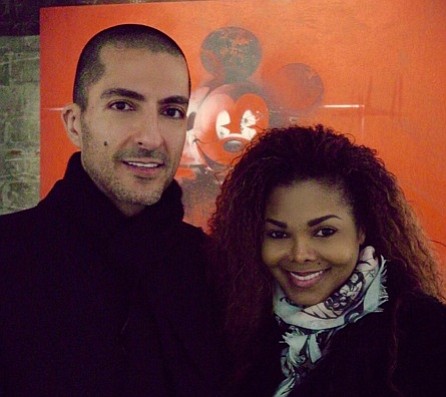 According to ABC News, Janet Jackson’s rep has confirmed that she and her billionaire husband Wissam Al Mana are separating three months after having their son early this year.

According to Page Six, one source said the split is amicable and the couple will co-parent their son, but others said trouble “had been brewing” for awhile.

A source who works closely with the couple told the gossip site, “[Janet] thought he had become too controlling during the pregnancy and she had already allowed him to dictate her appearance and even the way she performed at concerts.”

The 50-year-old singer toning down her 2014 concert tour — wearing clothing that covered her body, instead of the skin-revealing outfits fans had grown to love.

She also stopped doing music videos that feature any bumping and grinding, a source said. “It drove her crazy and she felt she was losing her fan base.”

Jackson’s growing resentment of the reclusiveness of her husband, who rarely met with her friends or family.

Page Six noted that the final straw for Jackson came when her husband showed little support and concern for Katherine Jackson’s elder abuse claims against her nephew Trent.

Jackson’s spokespeople have yet to confirm or deny these reports.

Jackson, who was previously married to James DeBarge and René Elizondo, Jr., quietly wed the 42-year-old Qatari businessman in 2012, People noted. And in January, the couple welcomed their son Eissa (Arabic for Jesus).