Justin Bieber Reflects On His Troubled Past 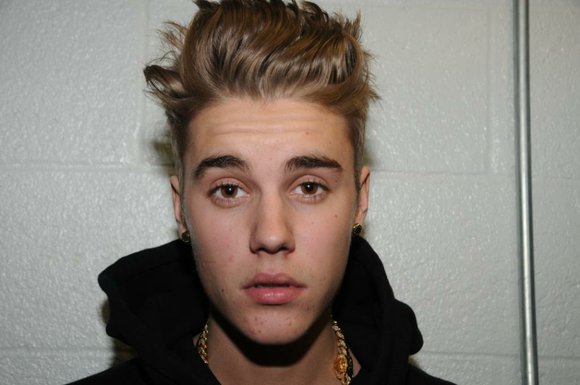 Justin Bieber was under the influence of alcohol, pot and Xanax when police stopped him for drag racing in Miami Beach in January, police documents allege. "Yeah, we were smoking all night at the studio," the singer told a police officer who told him he "reeked of marijuana," according to documents released Thursday. Bieber was "excited," "talkative," "insulting" and "cocky" and "used profanity," according to a intoxication evaluation conducted by police in the Florida city. His speech was mumbled, his pupils dilated, his face flushed and his eyes bloodshot, the assessment said.

The 24-year-old pop star did some reflecting over the weekend.

On Sunday, Bieber posted his 2014 mugshot from his DUI arrest on Instagram, next to a current photo of himself captioned: "I love this because it reminds me I'm not exactly where I want to be but thank God I'm not where I used to be! The best is yet to come do you believe it?"

For a time, Bieber became a poster boy for bad behavior.

Bieber's 2014 arrest stemmed from a drag racing incident in Miami. He subsequently failed a sobriety test and was found to be driving with an expired license.

In July of 2014, Bieber was placed on probation for two years following a plea deal for vandalizing his neighbor's home with eggs. He had to complete 12 anger management sessions, community service and pay $80,900 in restitution.

The month prior, a video circulated of the singer using the "N-word" and singing about joining the Ku Klux Klan. At the time, he released an apology stating: "I take my friendships with people of all cultures very seriously, and I apologize for offending or hurting anyone with my childish and inexcusable mistake."

The following year, Bieber was found guilty of assault and reckless driving stemming from an incident when his ATV collided with a minivan in Canada.

But for true "Beliebers," he has, apparently, found new "purpose."