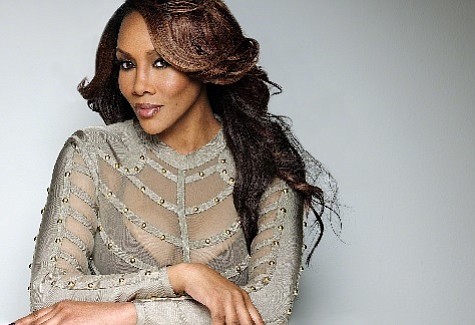 VIVICA A. FOX Photo Courtesy of It Is Done Communications

Los Angeles, CA (August 10, 2017) - The original movie was met with rave reviews, instantly becoming a fan favorite and ultimately a cult classic. Over the years, the media has lauded it a “turning point in movie history” and a “game changer.” It is the movie “Two Can Play That Game.” It was also hailed as “opening the door for a generation of black entertainers” including Academy Award winning actress Mo’Nique, heartthrob Morris Chestnut, Grammy Award Winning Artist Bobby Brown and TV and movie stars Vivica A. Fox, Anthony Anderson and Gabrielle Union, who all starred in the original movie and have gone on to achieve great success in their careers. Now, an adaptation of the hit movie will be hitting the stage and touring across the country.

“Two Can Play That Game” was released in theatres nationwide on September 7, 2001 and written and directed by Mark A. Brown. Award-winning playwright and director Je’Caryous Johnson will now be adapting the movie for the stage. Johnson will also be directing the production and serving as Executive Producer.

Je’Caryous Johnson shot to national theatre prominence when he began turning the novels of popular African-American authors into hit stage plays, among them Eric Jerome Dickey’s “Friends & Lovers” and “Cheaters.” Johnson maintained his streak of stage successes with original stories like “Men, Money, & Gold Diggers” and “Cheaper to Keep Her.” Johnson will continue to expand his brand and reach and also bring his dedicated fans something new and exciting through this stage version of “Two Can Play That Game.” Johnson’s most recent play, “Married But Single” and its sequel “Married But Single Too” starring LisaRaye and Bill Bellamy sold out in theatres from coast to coast.

Staying true to one of the main elements that made “Two Can Play That Game” such a huge success was Johnson’s casting of actress Vivica A. Fox to reprise her role as the beautiful and savvy relationship guru Shante Smith and star in the stage version of the show. Fans will get the real low down on everyday rules to relationships between men and women.

“Audiences across the country will be able to relive what made this movie unforgettable with the casting of Vivica A. Fox,” said Johnson. “I couldn’t be more thrilled to have her stamp of approval and vote of confidence in bringing such a beloved and fun tale back to life with her leading the way like she did originally.”

The tour will kick off on October 13th – 14th in Memphis, TN at The Cannon Center for the Performing Arts, followed by stops in St. Louis, MO at The Peabody Opera House on October 15th, Playhouse Square’s State Theatre in Cleveland, OH on October 22nd, LA’s Orpheum Theatre on October 27th – 28th, Long Beach’s Terrace Theatre on October 29th and Washington, DC’s Warner Theatre on November 10th – 12th. Tickets Go On Sale For Markets Listed on today, Friday, August 11th. Additional tour casting will be announced in the coming weeks, as well as additional tour markets.