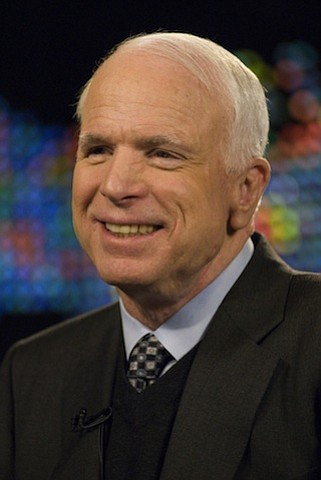 The Arizona Republican senator has often seemed indestructible, despite the best efforts of his Vietnam War jailers, an earlier bout with melanoma and a list of honorable political defeats. And now he has been diagnosed with brain cancer, as CNN reported Wednesday,

He's a warrior politician who bears the scars of a lifetime of military and political campaigns and health scares on his body and across his soul. He's collected more enemies and friends than most men and is a certified national hero.

Eight years ago, McCain, one of the last giants of the Senate, stood before the flag-draped coffin of his friend and sparring partner Sen. Edward Kennedy, who had succumbed to the same disease he is now fighting, and explained their common approach to life.

"Ted and I shared the sentiment that a fight not joined was a fight not enjoyed," McCain said, recalling roiling arguments with his fellow Senate lion, but also times when they had buried their differences to forge progress for the nation.

McCain has said he's itching to get back to work after his surgery nearly a week ago and has been working the phones. But he was told not to travel for two weeks. Now, his movements could be curtailed further by treatments that could include chemotherapy and radiation.

McCain tweeted his appreciation Thursday for the outpouring of support he's received from colleagues on both sides of the aisle, as well as other political giants.

"I greatly appreciate the outpouring of support - unfortunately for my sparring partners in Congress, I'll be back soon, so stand-by!" he wrote.

Long-term, McCain's outlook is daunting. His doctors told CNN's Sanjay Gupta with McCain's permission that he was suffering from a glioblastoma tumor, an aggressive form of cancer. Kennedy, who was also diagnosed during a bitter Senate showdown over health care, survived for about 15 months after a similar diagnosis. Gupta explained that average survival for malignant glioblastoma tends to be around 14 months with treatment.

Still, one 2009 study reported that almost 10% of patients with glioblastoma may live five years or longer, according to the American Brain Tumor Association.

One thing is for sure though, McCain will fight -- something one of his former opponents pointed out Wednesday night.

"John McCain is an American hero & one of the bravest fighters I've ever known," former President Barack Obama tweeted. "Cancer doesn't know what it's up against. Give it hell, John."

His daughter, Meghan, issued a statement paying tribute to her father when his diagnosis became public.

"He is the toughest person I know. The cruelest enemy could not break him. The aggressions of political life could not bend him ... cancer may afflict him in many ways; but it will not make him surrender. Nothing ever has."

Throughout his military and political career, McCain has been the epitome of his hero President Theodore's Roosevelt's "Man in the Arena," whose face is "marred by dust and sweat and blood" and who fails often "daring greatly" unlike timid souls who know neither victory nor defeat.