Trump's Blast of Sessions Has 'chilling' Effect Inside West Wing 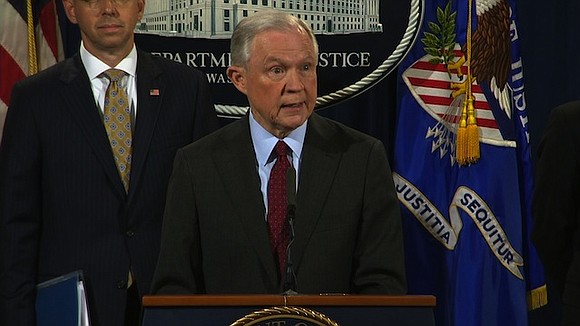 The acrimony between Trump and Sessions has long been simmering -- Sessions tendered his resignation earlier this year but Trump declined to accept it -- but Wednesday's comments signal a shift in Trump's leadership style, one that former employers used to say rested on unflinching loyalty to the company and, more importantly, the boss.

Earlier in his career, during a question-and-answer session from The Learning Annex Wealth Expo, Trump was asked for the "key things" a boss should look for when hiring someone and building a team.

"The thing that's most important to me is loyalty," Trump said. "You can't hire loyalty. I've had people over the years who I swore were loyal to me, and it turned out that they weren't. Then I've had people that I didn't have the same confidence in and turned out to be extremely loyal. So you never really know."

He brought those beliefs to Washington by bringing many of his own employees with him, but his credo now appears to be Trump asking for loyalty, not giving it back.

Trump asked fired FBI Director James Comey for his loyalty during a January 27 dinner at the White House, Comey said in written testimony to the Senate earlier this year.

Trump later fired Comey in May, citing his disloyalty as one of the reasons in later interviews.

The President also asked Republicans in the House to stick with him on health care reform, touting the bill as "incredibly well crafted" during a Rose Garden ceremony after narrowly it passed the House. Weeks later, Trump went back on those comments and called the House health care bill "mean" in a meeting with senators.

The remark shocked some lawmakers who stuck with Trump on health care, despite the political perils.

Rep. Louie Gohmert, a Texas Republican and member of the conservative House Freedom Caucus, was flummoxed when CNN asked him what he thought of the President calling the bill "mean."

"The one," he asked, "that he had us come over and celebrate?"

Those close to Trump have long said loyalty is critical to him.

Bill Zanker, the president and founder of The Learning Annex who wrote "Think Big: Make It Happen in Business and Life" with Trump in 2009, put it bluntly in his intro to the self-help book: "Loyalty is important to Trump and is a wonderful trait to have in business."

And former employees, who requested anonymity to speak bluntly, said Trump's desire for loyalty is the reason why he brought someone like Keith Schiller, his longtime bodyguard and adviser, into the White House. Schiller is an asset to the White House, many who know him say, but his steadfast loyalty is his biggest asset to Trump.

Trump's love of loyalty stems, according to those close to him, to his mentor Roy Cohn, who stood by Trump and his family in the face of housing discrimination and grew into his guide through the rough New York real estate industry.

"Sometimes I think that next to loyalty, toughness was the most important thing in the world to him," Trump wrote of Cohn in his 1997 urtext "The Art of the Deal."

"He was a truly loyal guy -- it was a matter of honor with him," Trump wrote. "And because he was also very smart, he was a great guy to have on your side."