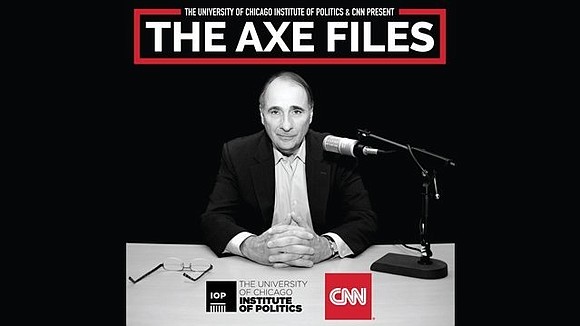 The Axe Files, featuring David Axelrod, is a podcast distributed by CNN and produced at the University of Chicago Institute of Politics. The author works at the institute.

"We need those numbers," the California Democrat told David Axelrod on "The Axe Files," a podcast from the University of Chicago Institute of Politics and CNN.

Senate Democrats face a daunting challenge in next year's midterm elections when they must defend 23 seats (as well as the seats of two independents who caucus with the Democrats) compared with just eight seats the Republicans must defend, many of which are in states that Trump won in November.

Their task was potentially complicated when progressive activists and veterans of the Bernie Sanders presidential campaign formed a new political action committee called We Will Replace You, which has vowed to back primary challengers to Democratic lawmakers who cooperate with Trump in any way.

RELATED: Liberal group threatens to challenge Democrats with primary fights Harris vowed to campaign for her red-state colleagues -- even if they stray from Democratic orthodoxy on some issues -- and called for the party to unite in order to beat back Trump's policy priorities.

"We're talking about five Democrats who are going to be running in 2018 in states where Trump won by almost double digits," Harris said. "I just don't think it's a zero-sum game, and that's my point."

Harris urged pragmatism and cautioned the party's rank-and-file against weakening the Democrats' ability to serve as a check on the Trump White House.

"It's a practical, real question that we're all going to have to answer, which is what do we want?" Harris said. "For those Democrats who are running in those states, do we want that they will be there at the end of the day? Or are we willing to let them go?"

Harris, a rising Democratic star after winning the Senate seat long held by Barbara Boxer, has been mentioned as a potential candidate for president or vice president in 2020.

"I'm absolutely not thinking about that at all," Harris said when asked about a run, adding that she didn't want to lose sight of more pressing matters. "There are a lot of very big issues that are on the table right now, and we have to be alert and present, like, right now."

To hear the whole conversation with Harris, click on http://podcast.cnn.com. To get "The Axe Files" podcast every week, subscribe at http://itunes.com/theaxefiles.