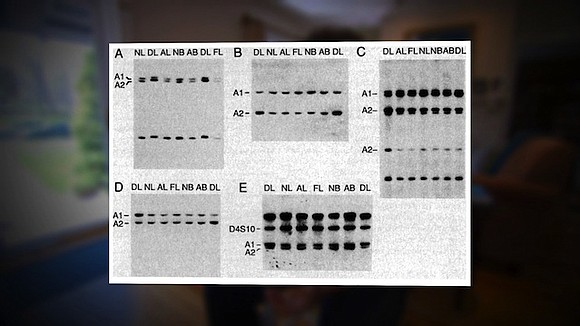 Genetic changes and variants linked to the development of brain and ovarian cancers have been discovered in two new studies. This significant development offers researchers the chance to understand more about how these cancers develop and how they may one day be treated, or even prevented.

"If the newly identified changes are confirmed, finding out how these can lead to ovarian cancer could support research into developing new drugs and lead to more personalized treatments for the disease," said Dr. Justine Alford, Cancer Research UK's senior science information officer. "As the outlook for ovarian cancer is often poor, we urgently need to find new ways to prevent, diagnose and treat the disease."

Unlike the case with ovarian cancer, in brain cancer, gene changes or variants were yet to be known that definitively influenced the risk of someone developing a glioma.

Gliomas are not a specific type of brain cancer, but instead a general term for tumors that develop in the brain's glial cells -- that surround and support nerve cells.

"Gliomas are not common, but in middle age they are not uncommon," said Dr. Richard Houlston, professor of molecular and population genetics at the Institute of Cancer Research who led the new research to identify gene changes. "And there are no robust environmental risk factors," he said.

There is currently no effective way of detecting this form of cancer early and current treatments are not that effective, the study highlights.

By scanning the genomes of more than 30,000 people with and without gliomas, scientists at the Institute of Cancer Research in the UK looked for mutations in DNA that could be linked to an increased risk of developing this form of cancer.

They discovered 13 previously unknown changes to genes linked to an increased risk of developing a glioma. The changes were found to impair various functions within the cells, including the division of nerve cells and their inflammation and ability to produce proteins.

The changes were also discovered to differently impact the two forms of glioma, known as glioblastoma and non-gliobastoma, the former of which is particularly aggressive, with an average survival of 10 to15 months after diagnosis. One mutation -- found on a gene called HEATR3 and thought to affect risk of this more severe form of cancer -- was estimated to increase risk by as much as 18%.

"We now have a greater understanding of the biological basis of the disease," said Houlston. "There are some variants that are more influencing."

Houlston would like to now use the new insight to better understand how these tumors form and eventually help develop new tests or therapies.

The findings might also one day help people with a family history become better informed about their risk of developing a brain tumor so they can be aware of any signs of the disease. "This may inform better therapy, but at the moment it's quite early to think about that," he said.

"The next steps will (be) finding out if any of these clues help to develop effective treatments for people with brain tumors."