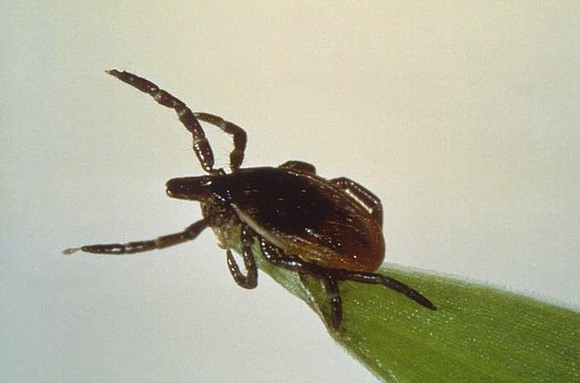 "Don't panic. Don't destroy the tick; don't think you have to go on antibiotics right away," Sood said. "People overreact a lot."

When and where are people likely to get bit by ticks?

"There's a definite peak season for Lyme disease," Fish said, adding that 95% of cases are acquired in June, July and August.

Three-quarters of people get bit on their own property, he said. Even though "there are certainly more ticks in the woods than there are in the lawn," people spend more time on their lawns.

As Wall observed, "as we move into the woods more and we're putting more houses in and farther and farther out, I think we're probably likely to see more tick-borne illnesses becoming common."

"Studies have shown that 75% of the cases of Lyme disease, people don't recall having been bitten by a tick," Fish said, adding that's possibly the most important thing to know: In most cases, you won't know.

"The adult stage of the tick can theoretically cause Lyme disease, but it's big, and people usually find it and remove it before they get sick," Fish said. "But if you don't find it, you cannot remove it."

How do I defend myself?

Deet, recommended by the Environmental Protection Agency, is the primary ingredient to look for in skin repellent products (often labeled "insect repellents").

"And the underutilized second repellent for people who are outdoors a lot" is another EPA-recommended chemical, permethrin, which is used on clothing, outerwear and gear.

"It's highly effective against ticks and mosquitoes," Sood said, so you'd be protecting yourself from mosquito-borne illnesses as well.

You can soak clothes in permethrin, which stays in the fabric for four to six weeks, even withstanding multiple laundry cycles, he said.

This combination skin and clothing repellent strategy is your best defense.

Another preventative measure: Once you've returned from a jaunt outside, inspect yourself and your clothing for ticks. Wall suggests carefully going through your hair; thoroughness is key.

"Drying clothes in a dryer is very effective for killing ticks," Sood said, noting that the dehydration kills them. Do all you can to keep ticks out of your household. Though they cannot survive long there, they pose a danger, especially to children.

"Pets, in particular dogs, can carry some of the same ticks humans can carry," Wall said. A tick collar can help with some ticks, but it will probably not destroy all of them.

"The Lyme disease tick actually can be carried by dogs," he said, though "the dog doesn't transmit the disease to humans."

Because animals have their own set of tick-borne illnesses, they should see a veterinarian for vaccinations or treatment.