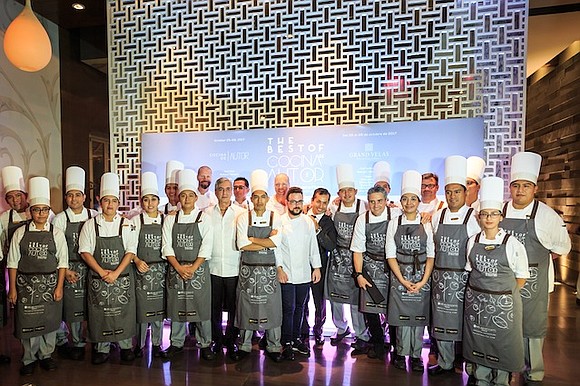 Mexican cuisine is experiencing a moment of explosive change, and that was apparent during Grand Velas Riviera Maya’s latest culinary festival, Best of Cocina de Autor.

Six of the world’s best chefs, known internationally for their trend-setting culinary art, shared their creative cuisine as part of a 10-course tasting menu. The culinary event focused on the aromas, textures and flavors of Mexican ingredients, showcasing showcased artful dishes highlighting the best products of the Yucatan peninsula.

“The fun in putting on an event like this is to create a space where chefs can collaborate and share their talents and techniques,” said Velasco.

The special tasting menu was offered over four nights at the resort’s Cocina de Autor restaurant, the first and only restaurant in the world that’s part of an All-Inclusive to hold the AAA Five Diamond Award. The dinner was complimentary for resort guests, included as part of their stay.

• Mikel Alonso and Bruno Oteiza, disciples of Spanish superstar Juan Arzak, owners of Biko in Mexico City, which has been recognized as one of the 50 best restaurants in the world.