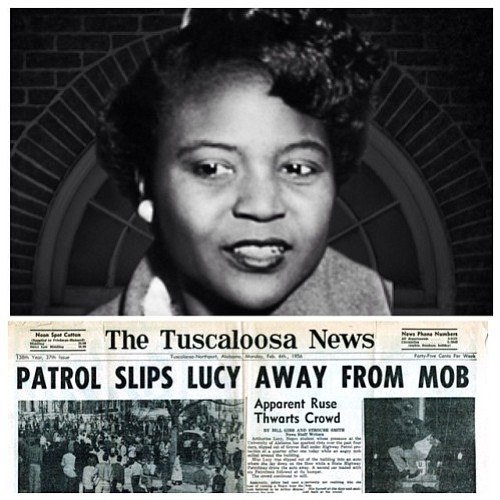 On June 11, 1963, Vivian Malone and James Hood, under the protection of federal marshals and the federalized Alabama National Guard, broke the racial barrier and enrolled as undergraduate students at the University of Alabama. That day, Alabama Governor George Wallace made a ceremonial stand in the schoolhouse door protesting the federal court order that called for the admittance of the Black students. But Malone and Hood were not the first Black students at the university.

In 1952, after graduating with an English degree from Miles College, Autherine Lucy Foster applied to the graduate program in education at the University of Alabama but was rejected because of her race. After a three-year legal battle, she was admitted to the university by court order. In 1956 Foster enrolled in a graduate program in education at the university. Angry protests by White students ensued. Foster was suspended three days later “for her own safety” and she was later expelled. 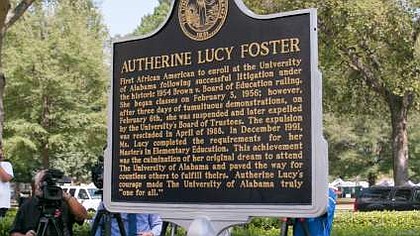 Recently, the Autherine Lucy Foster Historical Marker was unveiled on the Tuscaloosa campus near where the mob gathered to protest her presence at the university. A video of the dedication ceremony for the historical marker can be seen below.

Source: A Historical Marker at the University of Alabama Honors Autherine Lucy Foster : The Journal of Blacks in Higher Education