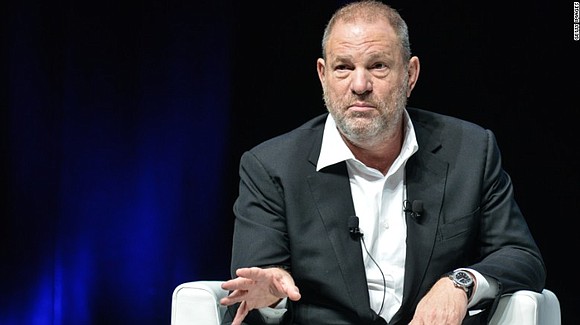 London Metropolitan Police said they received a report Sunday from a woman alleging an assault took place in 1992 in west London. CNN has been able to verify that the report refers to Weinstein.

Before the allegations in London began to emerge, dozens of women in the American entertainment industry had openly accused the film producer of sexual harassment, sexual assault or other sexual misconduct, exposing an extraordinary culture of complicity and intimidation in Hollywood that allowed Weinstein to carry out the alleged actions.

Now the number of women alleging Weinstein assaulted them in London is growing.

British actress Lysette Anthony gave a harrowing interview with the Sunday Times alleging Weinstein raped her in her London home the late 1980s, and describing the immense pressure she faced in the film industry to continue working with him anyway.

After Anthony reported the alleged rape to police on October 11, a second unnamed woman made allegations Saturday that Weinstein sexually assaulted her in London on a number of occasions in 2010, 2011 and 2015, according to London police.

CNN has sought a response from Hofmeister regarding the third woman.

In Anthony's account of the alleged rape in the late 1980s, she described how she and Weinstein had become friends over a number of years before he allegedly began stalking her. One day he turned up at her London home, she told the Sunday Times.

"I was in my dressing gown and I answered the door to find Harvey standing there," she said.

"He pushed me inside and rammed me up against the coat rack in my tiny hall and started fumbling at my gown. He was trying to kiss me and shove inside me. It was disgusting."

She said she tried to push him away but was unable to as he was too heavy.

"Finally I just gave up. At least I was able to stop him kissing me. As he ground himself against me, I kept my eyes shut tight, held my breath, just let him get on with it. He came over my leg like a dog and then left. It was pathetic, revolting. I remember lying in the bath later and crying."

Following the torrent of accusations, the organization behind the Oscars stripped the producer of his membership, and the UK equivalent, the British Academy of Film and Television Arts, suspended his membership. Five British opposition lawmakers have also called for Weinstein's Commander of the Order of the British Empire to be revoked.

He was awarded a the honor by Queen Elizabeth II on 2004 for his services and contributions to the film industry in the UK.

And French President Emmanuel Macron said on national TV Sunday that he had begun the process of having Weinstein's prestigious Legion of Honor removed. Weinstein was given France's highest order of merit in 2012.