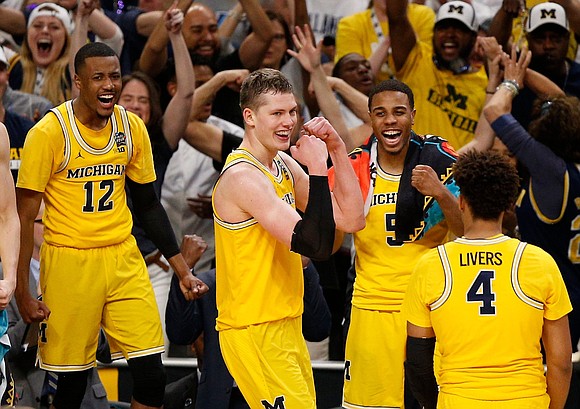 No. 3 Michigan has advanced to the national championship game with a 69-57 win over the 11th-seeded Ramblers, ending their magical run at the NCAA men's Final Four in San Antonio on Saturday./ Brynn Anderson/AP

It's the 26th time a team from the Big Ten Conference has reached the national championship game -- the most by any conference.

Loyola coach: 'I couldn't be more proud and saddened'

Sister Jean Dolores Schmidt, the 98-year-old nun who is Loyola's team chaplain, has gotten most of the media attention, but the story about the men's basketball team itself is worthy of attention, too.

"When I walked off the floor, I was asked what I said to them," Ramblers head coach Porter Moser said.

The lowest seed to win the NCAA men's basketball championship is No. 8 Villanova in 1985.

The Ramblers won the national championship in 1963, their only other appearance in the Final Four.