Rose McGowan facing backlash for urging 'be gentle' with Argento 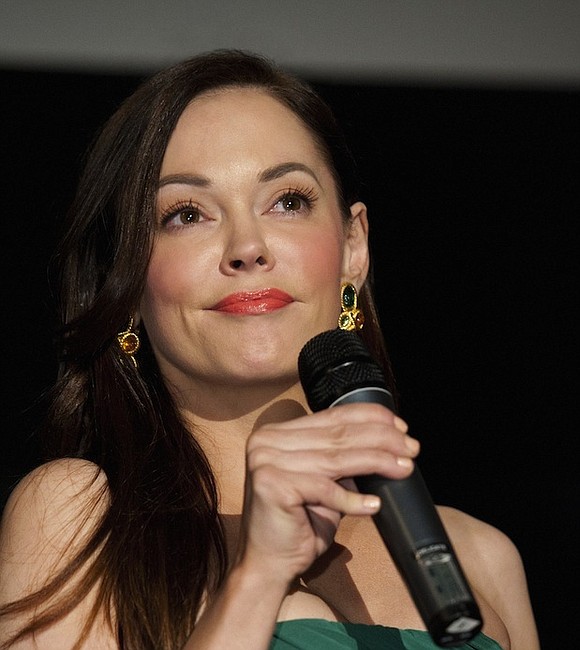 (CNN) -- Rose McGowan has been one of the most ferocious critics of those accused of sexual assault.

But with her friend and fellow Harvey Weinstein accuser Asia Argento now one of the accused, McGowan has asked people to be kinder and she's being criticized for it.

Argento was among the first women to accuse now disgraced movie mogul Weinstein of sexual misconduct -- and like McGowan -- has been a leading figure in the #MeToo movement.

The New York Times reported Sunday that months after publicly accusing Weinstein of rape, Argento made a deal with a young actor, Jimmy Bennett, after he accused her of sexual assault.

The Times says it has lawyers' documents showing that actor and musician Bennett alleged Argento sexually assaulted him in 2013 when he was 17 and she was 37.

The Times reported they received the documents "through encrypted email by an unidentified party," and that they included "a selfie dated May 9, 2013, of the two lying in bed."

"As part of the agreement, Mr. Bennett, who is now 22, gave the photograph and its copyright to Ms. Argento, now 42," the story said. "Three people familiar with the case said the documents were authentic."

Bennett reportedly asked Argento for $3.5 million in damages, a month after she spoke out about Weinstein last October and that Argento later arranged to pay Bennett $380,000.

In a statement to CNN on Monday, Bennett's attorney Gordon K. Sattro asked for privacy for his client.

"At this time, our client, Jimmy Bennett, does not wish to comment on the documents or the events discussed in the New York Times article yesterday evening," the statement read. "While we realize that the news cycle demands an immediate response, many times, people need more than a few minutes or hours to respond. We are asking that you give our client some time and space."

"Jimmy is going to take the next 24 hours, or longer, to prepare his response," the statement added. "We ask that you respect our client's privacy during this time. My office will reach out once he is prepared to deliver his official response."

On Tuesday, Argento released a statement to reporter Yashar Ali, who has written for the Huffington Post.

"I strongly deny and oppose the contents of the New York Times article dated 20 August 2018, as circulated also in national and international news," she said in the statement. "I am deeply shocked and hurt by having read news that is absolutely false. I have never had any sexual relationship with Bennett."

"I was linked to him during several years by friendship only, which ended when, subsequent to my exposure in the Weinstein case, Bennett -- who was then undergoing severe economic problems and who had previously undertaken legal actions against his own family requesting millions in damages -- unexpectedly made an exorbitant request of money from me," the statement also said. " Bennett knew my boyfriend, Anthony Bourdain, was a man of great perceived wealth and had his own reputation as a beloved public figure to protect. Anthony insisted the matter be handled privately and this was also what Bennett wanted."

CNN has also reached out to representatives for Argento for comment.

McGowan tweeted about the New York Times report on Monday.

"I got to know Asia Argento ten months ago," McGowan wrote. "Our commonality is the shared pain of being assaulted by Harvey Weinstein. My heart is broken. I will continue my work on behalf of victims everywhere."

But as Monday moved along, angry social media followers began to take aim at Argento.

McGowan would later appear to ask those following her to show compassion for Argento.

"None of us know the truth of the situation and I'm sure more will be revealed," she tweeted. "Be gentle."

Given her powerful and frequent comments condemning alleged sexual abusers, many have slammed McGowan for her support of Argento.

"Oh look, Rose McGowan is a hypocrite too pretends to be shocked Just imagine if it was a guy in place of Asia," one person tweeted. "Imagine how he'd be crucified by the #MeToo movement; but because it's a woman, we need to wait and "be gentle.""

"Be gentle, why? Because she's a woman and your friend? Your comments are a major slap in the face to everything the #MeToo movement represents," wrote actor Harry Cook in a tweet. "Double standards beyond belief."

There was also discussion about the fact that McGowan said she's only gotten to know Argento within the past 10 months.

In October 2017, Argento shared an Instagram photo of her and McGowan first meeting on March 17, 2003.

CNN has reached out to McGowan's representative for comment.

The charges stem from allegations from three women, according to court documents.

Weinstein has denied all allegations of "non-consensual sexual activity," and he's remained free after posting $1 million bail in cash.

The charges against Weinstein came nine months after The New Yorker and The New York Times published accounts from several women accusing him of various forms of sexual misconduct.

Argento was one of the women whose story was shared in The New Yorker piece. None of the charges currently against Weinstein stem from Argento or McGowan's accusations.

Last October, Argento confirmed her account to CNN and said of the many allegations against Weinstein "This is our truth."

On Monday, Weinstein's attorney Benjamin Brafman released a statement to CNN saying, "This development reveals a stunning level of hypocrisy by Asia Argento, one of the most vocal catalysts who sought to destroy Harvey Weinstein."

"What is perhaps most egregious, is the timing, which suggests that at the very same time Argento was working on her own secret settlement for the alleged sexual abuse of a minor, she was positioning herself at the forefront of those condemning Mr. Weinstein, despite the fact that her sexual relationship with Mr. Weinstein was between two consenting adults which lasted for more than four years," the statement continued. "The sheer duplicity of her conduct is quite extraordinary and should demonstrate to everyone how poorly the allegations against Mr. Weinstein were actually vetted and accordingly, cause all of us to pause and allow due process to prevail, not condemnation by fundamental dishonesty."