The best of ancient Egypt 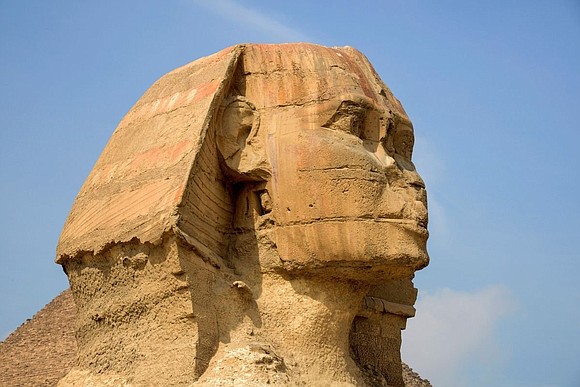 Egypt is in the midst of a museum construction boom, including new collections scheduled to open soon in the Red Sea resort towns of Sharm el-Sheikh and Hurghada.

(CNN) -- Like the legendary curse of the mummy, ancient Egypt refuses to stay buried in the past. Every so often it comes back to life -- in the 1920s with the discovery of King Tut's tomb; in the 1970s with the global tour of those golden masks; and most recently with a flurry of astonishing discoveries using 21st-century archaeological techniques.

During the past year alone, Egypt's Ministry of Antiquities has announced the discovery of:

• A stone sphinx at Kom Ombo, a riverside temple near Aswan dedicated to the crocodile god Sobek

• A surprisingly sophisticated 4,500-year-old ramp network at the Hatnub alabaster quarry in the Eastern Desert that may help solve ongoing questions about how the ancient Egyptians built the pyramids

• A 3,200-year-old hunk of sheep and goat cheese in a tomb at Saqqara, the first-ever evidence that cheese was part of the ancient Egyptian diet

• The world's oldest tattoos -- a bull, a sheep and S-shaped patterns -- on a pair of 5,000-year-old male and female mummies in a Nile Valley tomb between Luxor and Aswan

• A well-preserved female mummy -- and around 1,000 ushabti statues representing servants who would attend to the deceased in the afterlife — in 17th Dynasty tomb near the Valley of Kings.

Egypt is also in the midst of a museum construction boom, including new collections scheduled to open soon in the Red Sea resort towns of Sharm el-Sheikh and Hurghada that will give beachgoers a chance to browse ancient Egyptian artifacts without venturing to Cairo or Luxor.

Meanwhile, the long-awaited Grand Egyptian Museum (GEM) is nearly finished. Originally scheduled to open in 2018, the world's largest museum dedicated to a single civilization is now slated for a grand opening in mid-2020 rather than a gradual roll-out of the various galleries as originally planned.

Located near the Giza pyramids on the outskirts of the Egyptian capital, the museum will showcase more than 100,000 objects, including every single item found in Tutankhamun's tomb, many of them never before on public display.

Pharaonic aficionados may have to wait a few more years for the GEM to open, but there's still plenty of ancient Egypt that's ready to view right now when you travel here:

Until the new museum opens and all of the artifacts are transferred to Giza, the old Egyptian Museum overlooking Tahrir Square in downtown Cairo offers the planet's best ensemble of ancient Egyptian artifacts.

Like that warehouse at the end of "Raiders of the Lost Arc," the museum is a jumble of relics large and small scattered through a colossal structure built by the British in 1902. The Mummy Room and Tut's Treasure are must sees. All of the artifacts in the collection are gradually being moved to the new Grand Egyptian Museum in Giza.