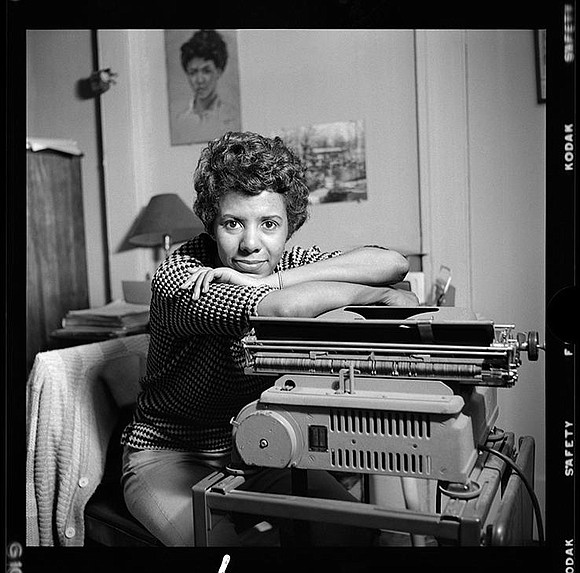 Lorraine Hansberry leans over her typewriter in her Greenwich Village apartment on Bleecker Street during her April 1959 photoshoot for Vogue. Photo by David Attie.

Award-winning filmmaker Tracy Heather Strain examines the activism and art of Lorraine Hansberry (5/19/30-1/12/65) beyond her most well-known play, "A Raisin in the Sun" (1959). The film features interviews with Sidney Poitier, Ruby Dee, Harry Belafonte, and Louis Gossett Jr., narration by award-winning actress LaTanya Richardson Jackson, and the voice of Tony Award-winning actress Anika Noni Rose as Hansberry. The result is a timely and revealing portrait of an activist and artist whose popular recognition has, until now, remained long overdue.

The Groundbreaking Broadway Casting of "A Raisin in the Sun"

Sidney Poitier, Lloyd Richard and Ruby Dee reflect on the unprecedented casting of black actors in the Broadway debut of Lorraine Hansberry’s “A Raisin in the Sun.”