LOVELL’S FOOD FOR THOUGHT – Do We Really Want To Successfully Address Health Inequities?

Are we really addressing the health disparities/inequities gap in a serious and meaningful way? 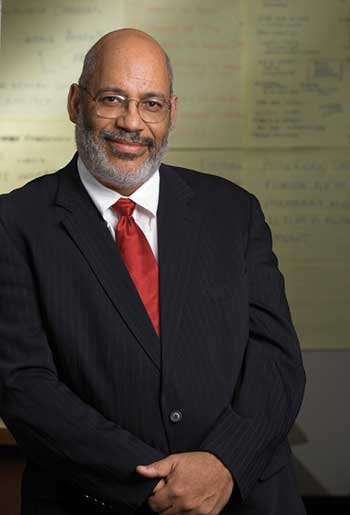 The World Health Organization (WHO) defines Health Inequities as differences in health status or in the distribution of health determinants between different population groups. For example, there are differences in mobility between elderly people and younger populations or differences in mortality rates among people from different social classes. The WHO makes it clear that it is important to distinguish between inequality in health and inequity. Some health inequalities are attributable to biological variations or free choice and others are attributable to the external environment and conditions mainly outside the control of the individuals concerned. Where I differ with the WHO is that they indicate that in the first case it may be impossible or ethically or ideologically unacceptable to change the health determinants and so the health inequalities are unavoidable. While in the second, the uneven distribution may be unnecessary and avoidable as well as unjust and unfair, so that the resulting health inequalities also lead to inequity in health. I believe that although some inequities are related to biological variations, it is addressing all of the variations, biological, psychological, sociological, environmental & physical environment and others, that is the key to addressing health inequities.

People also use the term health inequities. In this piece I will use the terms health disparities and health equities interchangeably as defined by Paula Bravemann. It do like reinventing the wheel. As Dr. Bravemann states “Health disparity/inequality is a particular type of difference in health (or in the most important influences on health that could potentially be shaped by policies); it is a difference in which disadvantaged social groups—such as the poor, racial/ethnic minorities, women, or other groups who have persistently experienced social disadvantage or discrimination—systematically experience worse health or greater health risks than more advantaged social groups. (“Social advantage refers to one's relative position in a social hierarchy determined by wealth, power, and/or prestige.) Health disparities/inequalities include differences between the most advantaged group in a given category—e.g., the wealthiest, the most powerful racial/ethnic group—and all others, not only between the best- and worst-off groups" (http://www.annualreviews.org/doi/abs/10.1146/annurev.publhealth.27.021405.102103).

So, what is some of the basis for stating that we are not truly successfully addressing health inequities, and the key is on the work "truly". All you need to do is think of the silo policies that are being put in place. However, most important to this line of reasoning is the publication by the Agency for Healthcare Research and Quality (AHRQ) released July 2017. (https://www.ahrq.gov/research/findings/nhqrdr/nhqdr16/index.html). This should have been a clarion called to tell us what we are doing is not really working in the way it should and make us ask the question – Do we really want to successfully address health inequities. As Einstein once said “insanity is doing the same thing over and over again and expecting a different outcome.” Given that the AHRQ Report, and many others, have stated that the health disparities gap is not getting significantly better, and is some cases getting worse, are we insane or is it a matter of how we value human life, especially those people of color and more particularly African Americans? After being on the front line for more than 50 years, I am inclined to believe the latter rather than the former. During the month of Dr. Martin Luther King’s birth, I bring forth this quote – “We need leaders not in love with money, but in love with justice. Not in love with publicity but in love with humanity.” To this I would add we need leaders not interested in gaining credit for the solution(s), but willing to share in its implementation.

Given the data by some of the most independent agencies, we are lacking leadership in addressing health inequities. I did not say leaders, but true leadership. This country, when it truly wants to solve a problem, accomplishes it. I may be dating myself, but I use the Marshall Plan or the Soviet Union launch of the first orbiting satellite as examples of marshalled and concentrated responses. In both cases, the United States led the rest of the world. Europe was rebuilt and we became number one in space exploration.

In health, we have eradicated basically every communicable disease. We have built a network of cancer centers. I could go on. I truly believe that there is nothing this nation can’t do when it sets it mind to do it. Why not conquering health inequities? Don't set a date like Healthy People (you put in the year, and then move the goal post. Mean what you say and say what you mean.

Some might say I am playing the race card, but it does come down to how we value the lives of human beings. For more than 400 years, we enslaved one group of people in this nation and considered them animals. Even with the passage of the 13th, 14th, and 15th Amendments to the US Constitution, little changed in terms of how we viewed these individuals. As Harold Freeman once said, “The existence of health disparities is not just a scientific and medical issue but a moral and ethical issue.” Addressing health disparities as scientific and medical issues is overly simplistic, and will not result in any significant closing of the health disparities gap. I have been making this argument for more than three decades. Is anyone listening?

Another excellent example is our effort to create centers for research on health inequities/health disparities focused on solving them by bringing a medical and/or public health approaches to addressing health inequities. Starting the early 2000s, the National Institute of Minority Health & Health Disparities launched its first group centers focusing on addressing minority health. Today, there are more centers/institutes funded by the federal government and/or other governmental agencies and foundations than ever before. Yet, as I stated earlier, the gap, with all of this money being directed to addressing health disparities/inequities, the gap is no smaller than it was before 2000.

This is not to say that the people involved are not sincere in their efforts to address this issue; most are. Yet despite all the sincerity and commitment by caring individuals, we must admit that the issue of health inequities among people of color, as well as the poor, still confronts us. What we are doing is NOT working. Yes, we are publishing papers, obtaining more funds and employing more people to work on addressing health inequities. But again, what we are primarily doing is NOT working. For the last decade I have been writing editorial trying to point this out. One of those articles talked about “Street-light Science", that is looking for your wallet under the light, but having lost it in the dark hoping that someone would kick it into the light. We continue to work in our silos, and just by accident we work with others outside of health-related fields who might provide essential methods and/or answers in moving us closer to solving the issue of health inequities. This should not be by accident. It need to be by design.

Then there is the issue of racism and/or racialism. This gets to the issue of unconscious. When one holds a negative stereotype about a group and meets someone who fits that stereotype, then one will discriminate against that individual. That person might not realize such - unintentional racism and implicit bias - and confronting them may generate “I’m not racist” protest. Stereotype-linked bias is an automatic process and is an unconscious process. The most important thing to keep in mind is the fact that it occurs even among persons who are not prejudiced, or would tell you so. As I often say, “Perception is reality to those who perceive it whether real or not.” That unless you address the perception, you will never get to addressing the real issues.

Couple the above mentioned with White Privilege, a social phenomenon that is complex, you have failed from the outset in developing long term solutions. And given the basis of how the American Society was developed and the culture that arose, lets start with one of those complexities is the fact that all white people have privilege, whether or not they are overtly racism themselves. That there are general patterns that we are all familiar with. Please take a moment to view to given you an idea of how this plays out, even when people of color are involved (https://www.youtube.com/watch?v=ge7i60GuNRg). Now think about this where health is concerned.

White privilege, again, is complex. Such privilege plays out differently depending on the context and other aspects of one’s identity. It depends on whether you are female or male, your economic status and numerous other variables. I had an opportunity to benefit from privilege. On a trip to Australia, my wife and I were perceived as rich Americans. We entered an upscale jewelry store. I told my wife we were just looking. As we entered, the salesperson approached us and asked if there was a piece we would like to see. My wife pointed to a piece. The salesperson brought it out and placed it on the sales case and walked away. You know what my reaction was. We looked around for the cameras and whether anyone else was watching us. My wife then asked to see another piece. The salesperson pulled it out, set it alongside the other, explained the difference and walked away. We both looked at each other. The salesperson walked backed and asked, “Are you Black Americans?” We said yes, and he them said “That explains your reactions. “Anyone who walks through our doors we treat as potential customers unless they demonstrate otherwise. In doing so, you are more willing to purchase our product than not.” That is privilege. Again, think about this in a health care context.

I could go on, but if one has not got it by now, there is nothing more I can write or say that will lead to enlightenment. It is this lack of enlightenment that is one of the reasons we continue to face health inequities. Until we realize that everything is connected, we therefore can’t solve health inequities by addressing them as simply a health issue. This, we will be doomed to continue grappling with this an ever growing problem, and continue wasting resources on the wrong solutions. Ultimately, health inequities will consume us as a nation.

It is not a matter of “if” but rather the inevitable “when” we run out of time because we failed to change the way we address the issue with the entire nation suffering. Thus, the question to ask ourselves and of our lawmakers and other policy leaders is not whether we wish to address health inequities. Rather, the question is: Are we committed to addressing it successfully?

To paraphrase Vince Lombardi, the difference between success and failure to address health inequities is not the lack of knowledge, but the lack of will to do the right thing and get out of our silos. Again, health will not solve the issue of health and health inequities alone, it will take all of us from every walk of life.

To that end, the Health Disparities, Education, Awareness, Research & Training Consortium (HDEART C) (www.hdeartconsortium.org) was launch. It's mission is to develop and maintain a consortium of academic universities, health-related and non-health related organization and community based groups, accessing and utilizing their expertise across a broad array creating a holistic approach to addressing health disparities. It is only through such an approach that we will truly addressing health inequities.