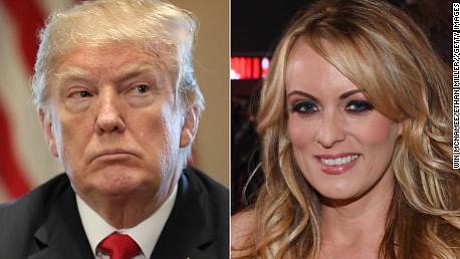 (CNN) -- Ever wanted to see the Northern Lights ... from an Arctic cabin ... on a sled? Now's your chance. And here's what you need to know to Get Up to Speed and Out the Door.

1. March for Our Lives

The March for Our Lives is over, but the student drive for gun reform is just beginning. After hundreds of thousands of people across the US marched to put pressure on Washington to make changes to the country's gun laws, a group of student activists in Wisconsin started a four-day, 50-mile march to take their message to Janesville, Wisconsin, home of House Speaker Paul Ryan. One thing seems for sure, CNN's AJ Willingham explains: The era of slacktivism seems to be over.

It's remarkable how the Parkland students pulled off a massive national protest in only five weeks since the attack on their school. There were so many moments to remember from the weekend's marches: MLK Jr.'s granddaughter's dream of "enough is enough;" Paul McCartney participating in the march, in honor of John Lennon; the Parkland shooting survivor who threw up during her emotional speech but then kept right on talking. But the march will be best remembered for someone who said nothing. Parkland survivor Emma Gonzalez was on stage for six minutes and 20 seconds -- and for several minutes stood in complete silence. It was exactly how long it took a gunman to kill 17 people at Marjory Stoneman Douglas. She has a fascinating life story.

The big headline out of Stormy Daniels' big interview with Anderson Cooper on "60 Minutes" is her claim that she was threatened in 2011 after she tried to sell her story of an alleged affair with Donald Trump to a magazine. Daniels said a man walked up to her in Las Vegas in 2011 and told her to "leave Trump alone" and that "it'd be a shame" if something happened to her infant daughter.

Daniels provided a couple of other tidbits -- she says she spanked Trump with a magazine and that he compared her to his daughter Ivanka -- but she declined to reveal any evidence. Trump lawyer Michael Cohen, through his own attorney, feels Daniels defamed him during the interview and demanded a retraction and apology. President Trump had no comment on any of this.

At least 53 people are dead after a huge fire at a shopping center in Siberia. The blaze broke out on the top floor of the Zimnyaya Vishnya mall in the city of Kemerovo. Authorities say the worst damage was in the mall's movie theaters; two of them collapsed and dozens of bodies were found there. The blaze is out, but dozens of children are still unaccounted for.

Saudi Arabia's air force intercepted seven missiles fired from Yemen yesterday. This isn't the first time the kingdom was the target of missile strikes from neighboring Yemen, but it's the first time someone died in Saudi soil from such an attack. After previous interceptions, the Saudis responded with airstrikes on the Yemeni capital of Sana'a. The response to a fatal incident such as Sunday's is likely to be even more punishing. The Saudis blame Houthi rebels for the attack. Saudi Arabia's been leading a coalition against the Iran-backed rebels, who toppled Yemen's internationally-recognized government in 2015.