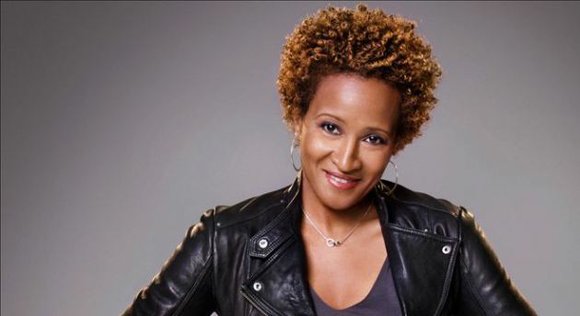 (CNN) -- UPDATE: ABC has canceled "Roseanne," according to a statement from the network's president Channing Dungey.

"Roseanne's Twitter statement is abhorrent, repugnant and inconsistent with our values, and we have decided to cancel her show," the executive said in a statement.

Comedian Wanda Sykes says she won't be working on the second season of ABC's "Roseanne," a decision she made public after the show's outspoken star went on a racist rant Tuesday morning on Twitter.

"I will not be returning to @RoseanneOnABC," Sykes wrote in a tweet.

Sykes had been a consulting producer on the most recent season of the revived ABC comedy starring Roseanne Barr.

On Tuesday, Barr ruffled feathers when she made racist comments about Valerie Jarrett, a former aide to president Obama.

She later apologized and claimed to be "leaving Twitter."

In describing her work on "Roseanne" to Metro Boston last month, Sykes said she typically helped the show's full-time writers "punch up stories and jokes" twice a week, a job she took on because she was "a fan of the show."

"Extreme anything is nuts. Extreme left is just as nuts as the extreme right," she said. "The only way that we're going to patch things up in this country is the people in the middle got to start talking to each other instead of just battling it out on Twitter."

Sykes is the second major person to exit "Roseanne" behind-the-scenes in recent weeks.

Whitney Cummings previously announced she would not be retuning as co-showrunner for Season 11.

She attributed her departure to her tour schedule.

In an interview with The Hollywood Reporter, Helford said the series was looking to expand its writers room to add more inclusive voices. Queer author and comedian Ali Liebegott ("Transparent") and former "Daily Show" producer Jena Friedman are among those joining next season's writing staff, THR said.

"Roseanne" is expected to return in fall.

ABC has not commented on Barr's controversial Twitter statements.