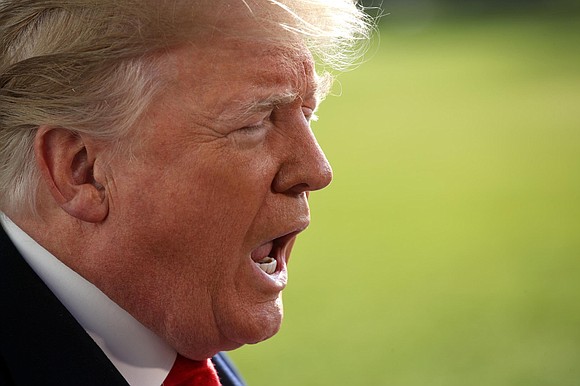 Nielsen, at the time the head of the Department of Homeland Security, resisted Trump's order to close the US border with Mexico in El Paso; by telling Trump the move would be "a bad and even dangerous idea, and that the governor of Texas, Republican Greg Abbott, has been very supportive of the President," reported CNN's Jake Tapper on Monday.

Trump eventually scrapped the idea -- although he floated the idea of closing the entire US-Mexico border via Twitter soon after. Eventually he gave up on that idea as well.

Nielsen joined a surprisingly long list of White House aides who told Trump "no" when he asked them to do something that they believed was either illegal, politically perilous -- or both. Not coincidentally, all of the people who told Trump "no" don't work for him anymore.

My list of them is below. Did I leave anyone out? Email me at cillizza@cnn.com.

Former Secretary of State Rex Tillerson: "When the President would say, 'Here's what I want to do and here's how I want to do it.' And I'd have to say to him, 'Well Mr. President, I understand what you want to do, but you can't do it that way. It violates the law. It violates treaty.'"

Former FBI Director James Comey: "'I hope you can see your way clear to letting this go, to letting [former national security adviser Michael] Flynn go,'" Comey said Trump told him in a one-on-one meeting at the White House in 2017. "'He is a good guy. I hope you can let this go.'" Comey recounted that he told Trump only that Flynn "is a good guy" but made no promise to end the FBI investigation.

Former White House chief of staff John Kelly: Kelly repeatedly clashed with Trump -- and said in an exit interview with the Los Angeles Times that his time in the job should be measured by the things he kept Trump from doing. This, from The New York Times, is enlightening in that regard:

"In the Los Angeles Times interview, Mr. Kelly conceded that Mr. Trump often pressed against the legal boundaries of his role, as the former secretary of state, Rex W. Tillerson, said recently.

"The president would ask things like, 'Why can't we do it this way?' Mr. Kelly said."

Former White House counsel Don McGahn: In June 2017, Trump ordered McGahn to fire special counsel Robert Mueller. McGahn refused and said he would quit if Trump went through with it.