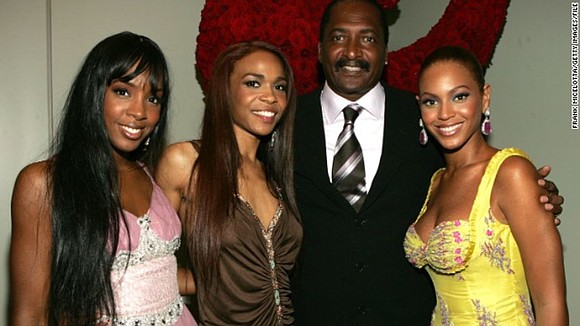 Beyoncé's father is working on a Destiny's Child musical. Mathew Knowles announced Tuesday that he's producing a musical featuring the former girl group. His goal is to take "Survivor: The Destiny's Child Musical" on the road, including to Broadway and London's West End. Knowles said the musical will be told from his perspective. Before Knowles parted ways with Beyoncé professionally, he managed her career from the late 1990s, when she was in the multiplatinum selling group, through the launch of her career as a solo artist after Destiny's Child split in 2006. "Survivor: The Destiny's Child Musical will start its roller coaster tale at the point of humble beginnings and travel through a captivating storyline addressing the layers of evolution -- good and bad -- that Knowles faced during his pioneering climb into the music industry," the statement said. The musical is expected to premiere next year in Beyoncé's hometown of Houston before it goes on the road.