Flirting With a Ketogenic Diet for Weight Loss and Health 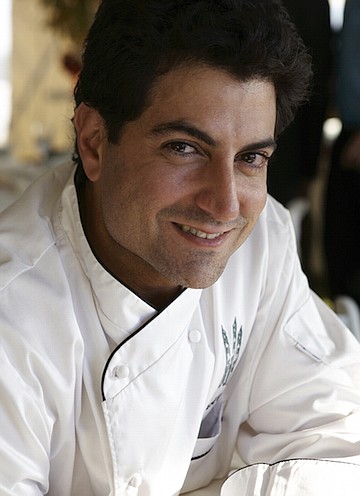 In my younger years, I was used to always being at the top of my game physically. I was an athlete. I played lacrosse in high school and college. I played tennis. I lifted weights. I skied. But like most Americans, there came a time when I started putting on weight, to the tune of about a pound a year. The weight crept up on me, so slowly that I barely noticed. Then I was laid up with Lyme Disease and my weight really ballooned! Last year, I was looking at pictures from my last vacation and wondered, “Who is this person next to my beautiful wife?” I wanted a do-over.

At one time or another, I’ve tried nearly every diet out there – Paleo, low-fat, high-fat, Scarsdale, South Beach, Zone – and my weight always bounced back up. But this time, I was more motivated than ever. I learned I was prediabetic, probably because I was eating so much low-fat garbage. I was determined not to progress to full-blown Type 2 diabetes.

I wanted this change in my eating patterns to last. For me, the answer was a ketogenic diet. I’ve been following it steadily since January 1, 2018. It wasn’t easy at first. Sugar happens to be my favorite food group. But one of the first things I did was drop desserts. I also stopped eating anything with a crunch (made with refined sugars and flours). Gone were breads, pasta, potatoes, pizza, crackers and potato chips. I began cooking with only healthy, better-for-you oils, primarily Malaysian palm oil, extra virgin olive oil and coconut oil. I started feeling a little better right away, and the pounds started coming off.

I’ve also been exercising daily. I’m seeing drastic changes. I no longer come home from work and need a 20-minute power nap. My blood sugar has leveled out. I look better and feel better.

I want to help you feel as good as I feel.

I asked my friend Dr. Jonny Bowden, The Nutrition Myth Buster, to give me a clear definition of what happens on a ketogenic diet. Here’s what he told me: “The body basically has two fuels it can use to power what you need to do: fats (fatty acids) and carbs (sugar/glucose). The trick is to use as much fat as you can and leave the sugar for emergencies. But that’s not exactly how it works in real life.

“Your body can store a maximum of 1800 to 2000 calories worth of carbs. But you can store an infinite amount of calories as fat. Many people are sugar burners: they’re much better at burning sugar than they are fat. The body gets used to using what you primarily feed it, so it gets real good at using sugar and real bad at using fat. So, you’ve got all this fat on your body, waiting to be burned for fuel, but your body just can’t get to it. It’s like a big “access denied” sign. It’s as if you had a fortune in the bank but you didn’t have the ATM code. Burning mostly sugar doesn’t help with weight loss, and sugar is not a sustainable source of energy. Not to mention, it’s one of the most inflammatory “foods” on earth.