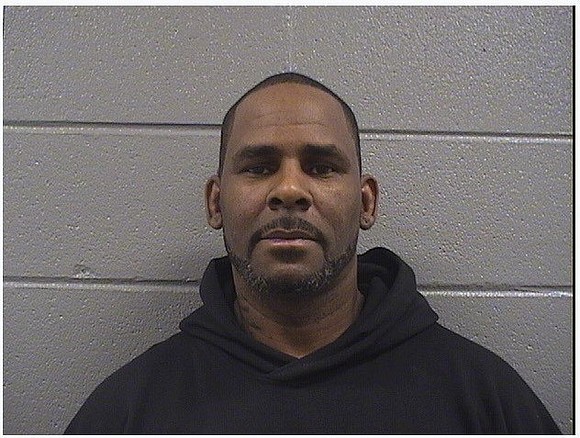 After spending the weekend in jail, R. Kelly is going back to court Monday for the second time in two days.

(CNN) -- Moments after R. Kelly pleaded not guilty to aggravated sexual abuse, the attorney for one of his accusers said there's more damning evidence against him.

Kelly, one of the most successful R&B acts of all time, was indicted on 10 counts of abuse of four victims, prosecutors said. Three of the accusers would have been underage at the time of the alleged crimes.

His attorney Steve Greenberg entered the not guilty plea for Kelly on Monday. Greenberg also said Kelly has turned in his passport -- though the singer doesn't have enough money to post $100,000 bail.

But attorney Michael Avenatti, who represents one of the accusers, said new witnesses and more videos indicate Kelly is guilty.

"Over the weekend, we have encountered a number of additional witnesses who we have interviewed, who we are in the process of preparing to meet with prosecutors," Avenatti said Monday.

"Each of these witnesses describe a decades-long system of abuse by Mr. Kelly of underage girls."

Avenatti also said there are two more videos that incriminate Kelly -- in addition to one previously viewed by CNN that shows a man who appears to be Kelly performing sex acts with a girl.

The first video shows actions that mirror some of the alleged acts for which Kelly was arrested for child pornography in 2002. Kelly was acquitted six years later.

On Monday, Avenatti said a second video has been turned over to prosecutors.

"The videotape depicts Mr. Kelly engaged in illegal sexual assault of a 14-year-old girl. It is approximately 55 minutes in length," Avenatti said. "It leaves no question as to Mr. Kelly's guilt on the tape."

The attorney said he has learned of a third video, but wouldn't specify what was on it.

No money for bail

Kelly, 52, will stay in Cook County Jail for the foreseeable future because he hasn't come up with enough money to bail out, Greenberg said.

But Kelly has had a spate of financial problems, including unpaid rent and unpaid child support.

"This is someone who should be wealthy at this stage of his career," Greenberg said last week.

He cited "mismanagement," "hangers-on" and "bad deals" as some of the reasons Kelly "really doesn't have any money at this point."

So for now, Kelly will keep going back and forth between jail and the courthouse. His next court hearing is scheduled for March 22.

Attorneys duke it out over credibility

Prosecutors said there is a video that shows multiple sex acts, allegedly with Kelly and a girl who repeatedly refers to her 14-year-old genitalia.

But Kelly's attorney said he doesn't believe the accusers.

"I believe all the women are lying," Greenberg said.