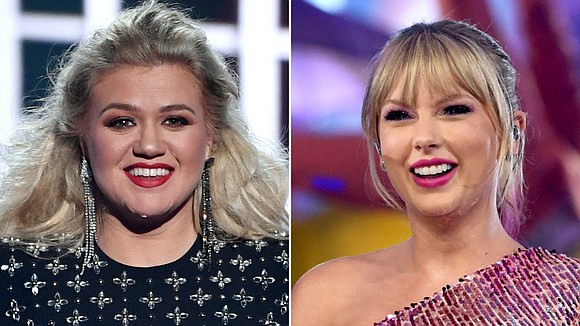 Swift recently went public with the fact that she was upset Braun had acquired her former record label, Big Machine Label Group.

The "Shake It Off" singer said that Braun, who manages artists such as Justin Bieber, Ariana Grande and the Zac Brown Band, had bullied her in the past and called his ownership of her music catalog her "worst case scenario."

Swift was signed with Big Machine from her 2006 self-titled debut album through 2017's "Reputation," before moving to Universal Music Group.

Clarkson tweeted over the weekend that Swift "should go in & re-record all the songs that U don't own the masters on exactly how U did them but put brand new art & some kind of incentive so fans will no longer buy the old versions."

"I'd buy all of the new versions just to prove a point," Clarkson tweeted.

The feud has had the industry taking sides.

Bieber, who is both a client and longtime friend of Braun's, defended him in an Instagram post.

"One thing i know is both scooter and i love you," Bieber posted. "I feel like the only way to resolve conflict is through communication. So banter back and fourth online i dont believe solves anything."

Singer Halsey tweeted in support of Swift, writing that Swift was "a huge reason why I always insisted to write my own music."

"She deserves to own the painstaking labor of her heart," Halsey tweeted. "She has surpassed all expectations of what any artist is even capable of."