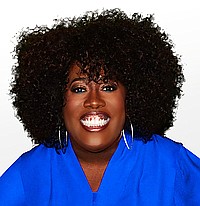 NEW ORLEANS, LA – Comedian, actress and television host Sheryl Underwood has been named an ambassador of the upcoming 46th Annual Bayou Classic which is set to take place in November. Best known as the co-host of the Emmy-award-winning, CBS-television-show "The Talk," Underwood is committed to using her visibility and influence in positive ways. She is Founder & Chief Executive Officer of the Pack Rat Foundation for Education (PRFFE, 501c3) and is currently raising money to support Historically Black Colleges and Universities (HBCUs) and the students committed to pursuing a higher education.

The Bayou Classic, ranked as the #1 HBCU Classic in the nation, is the iconic collegiate gridiron matchup between Southern University and Grambling State University, which will take place the Saturday after Thanksgiving in the Mercedes-Benz Superdome in New Orleans. Tickets are now on sale for the 46th Annual Bayou Classic and the Greek Show & Battle of the Bands.

Underwood is co-host of "The Talk," watched by an average of 3+ million viewers per day, and co-hosted the 2017, 2018 and 2019 Daytime Emmy Awards, is a much sought-after entertainer and public speaker who is described as one of the world's brightest contemporary humorists.

Underwood is owner and Chief Executive Officer of Pack Rat Productions, Inc. and is the 23rd International President of Zeta Phi Beta Sorority, Inc. – the only full-time entertainer to ever hold the sorority's highest post.

Underwood, born in Little Rock, Arkansas, joined the television show "The Talk" on CBS television for the start of season two. With Underwood at the table, "The Talk," received its first Daytime Emmy for Best Talk Show and another Daytime Emmy for Outstanding Talk Show/Entertainment and multiple Emmy nominations. In 2017, "The Talk" received a record eight Daytime Emmy Nominations, tying with TV host Ellen DeGeneres, with Underwood and her co-hosts of "The Talk" winning Outstanding Entertainment Talk Show Hosts. Underwood, who has received numerous awards and accolades, was named one of the 10 most influential talk show hosts on Twitter in 2012 and currently has more than one million social media followers. As part of "The Talk" hosting team, Underwood received a 2016 People's Choice Award for "Favorite Daytime TV Hosting Team," a 2016 NAACP Image Award for "Outstanding Talk Series" and a 2017 nomination in the same category and is a KJLH (Los Angeles) Proven Achiever 2018 honoree.