Dollar Shave Club founder: We want to be known for much more than razors 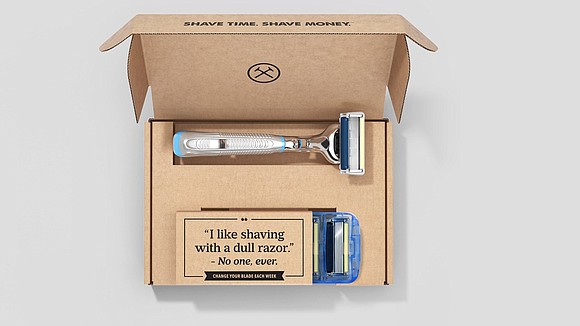 Dubin maintains that Dollar Shave Club is pursuing a much different business model than the Gillettes and Schicks of the world.

Over the last two years, the company has transformed from a monthly razor subscription service to a one stop shop for men, offering a line of toiletries as well as lifestyle and wellness content for men.

"We have a mission, which is to help guys take care of their minds and bodies so they can be their best selves," founder and CEO Michael Dubin tells CNN's Poppy Harlow in a new episode of Boss Files.

The company, which was acquired by Unilever in 2016 for a reported $1 billion, now offers fragrances, toothpaste, hair gel, body wash, moist wipes and shave butter. It also recently launched its own online and print magazine for men called MEL.

Dubin founded Dollar Shave Club in 2011 as a way to help a friend's father offload a surplus supply of razors. But he also saw it as a solution to what he believed was the "cumbersome" and "expensive" experience of buying razors at drugstores.

By offering to sell razors for a few dollars a month online, the company took on entrenched players like Gillette and Schick. It also paved the way for other entrepreneurs, like Harry's, to enter the space.

Dollar Shave Club now has more than 4 million members, Dubin says. And its competitor Harry's,which launched in 2013, says it has roughly 10 million customers.

Between 2012 and 2017, Gillette's parent company Procter & Gamble saw its market share for men's razors and blades drop by more than 13 percentage points in the US, according to Euromonitor International, a market research provider.

Gillette has since cut prices and come up with new ways to attract customers, such as introducing 3D print razor handles. It also launched Gillette On Demand in 2017, a subscription razor service that includes text-to-order and free shipping.

In an October earnings call, P&G's chief financial officer said Gillette's razor subscription business was seeing "significant growth" and it was the only shaving club to see its user base growing in the US. Unilever has reported that Dollar Shave Club continues adding subscribers, but said it has been at "a slightly lower rate."

Dubin maintains that Dollar Shave Club is pursuing a much different business model than the Gillettes and Schicks of the world.

"I think in the early days the comparison was fair. Obviously, we were selling razors, they were selling razors. But we have over three dozen products that we sell now and the service that we offer, the club vibe that we're trying to create, the role that we're trying to play in our members' lives ongoingly and in the future is very different from what they're doing," he says.

Dubin also noted that many men's products on store shelves are "hyper-masculinized."

"They design some of these cans... or the bottles... to look like cans of motor oil or like energy drinks. They're like bright orange or lime green," he says. "It's really hard if you're a guy trying to pick these products what to get and there's nobody there that can help you," he adds.