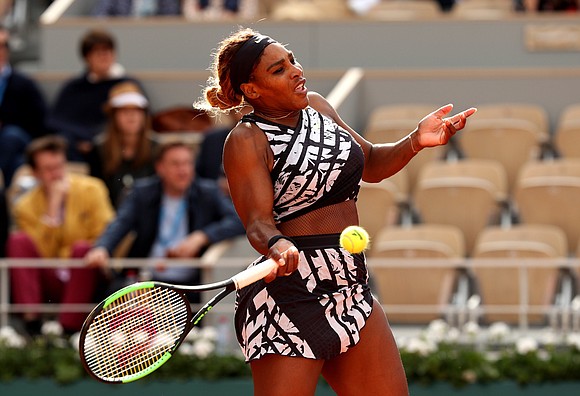 (CNN) -- Serena Williams made her first appearance at the French Open after officials banned the black catsuit she wore during last year's competition, and she did so in a flashy, black-and-white tennis set with a mesh underlay.

Oh, and she won her match.

If you'll recall, a few months after last year's tournament, French Open President Bernard Giudicelli announced a stricter dress code, specifically called out Williams' catsuit and said players in the future should choose outfits "to respect the game and place."

His comments sparked backlash, especially since Williams' catsuit was specially designed with compression elements to help prevent blood clots, which she dealt with after the birth of her daughter in 2017.

Williams' ensemble for her opening match this year was designed by Virgil Abloh, founder of luxury streetwear brand Off-White, for Nike.