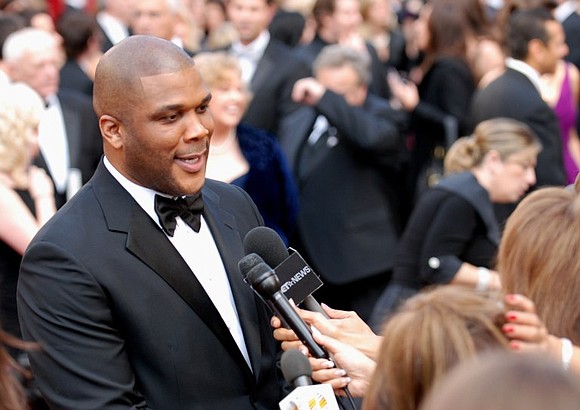 Perry is the first African American man to own a major movie studio, a 330-acre property that was once a Confederate Army base. But he is most excited about the aspect of helping those in need. “You know, the studio’s gonna be what it is,” Perry said.

“I’ll tell you what I’m most excited about next is pulling this next phase off, is building a compound for trafficked women, girls, homeless women, LGBTQ youth who are put out and displaced … somewhere on these 330 acres, where they’re trained in the business and they become self-sufficient.”

“They live in nice apartments. There’s day care. There’s all of these wonderful things that allows them to reenter society. And then pay it forward again,” Perry continued. “So that’s what I hope to do soon.”

The land for Tyler Perry Studios was acquired by Perry in 2015 and is located on the historic grounds of the former Fort McPherson army base in Atlanta, according to The Hollywood Reporter.

“Think about the poetic justice in that,” Perry said. “The Confederate Army is fighting to keep Negroes enslaved in America, fighting, strategy, planning on this very ground. And now this very ground is owned by me.”