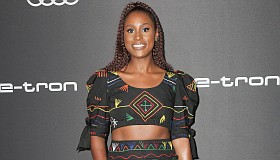 Sometimes it’s best not to mess with the cinematic classics, which is why we’re giving Issa Rae the side-eye for taking on a remake of “Set It Off” as her next project. And we’re not alone… while some fans across social media are thrilled by the news, others are noting feeling her reported “re-imagining” of the 1996 crime drama, which Variety reports Issa will produce and possibly star in the film. Directed by F. Gary Gray, “Set It Off” centers on four female friends who turn to robbing banks to offset their low-income jobs. The film stars Jada Pinkett Smith, Queen Latifah, Vivica A. Fox and Kimberly Elise—and became a critical and box office success, grossing over $41 million against a budget of $9 million. Rae will produce the new project with Montrel McKay, her partner at Issa Rae Productions.