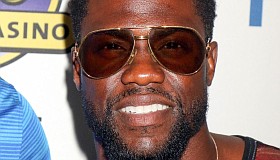 Montia Sabbag, the woman who was filmed in Kevin Hart’s infamous and scandalous sex tape two years ago, is now suing the comedian for $60 million. She believes Hart intentionally released the video in an attempt to garner more attention for his career. Sabbag, who initially claimed she wasn’t seeking money from Hart when she first came forward, is an actress and recording artist. But things have changed and according to The Blast, Sabbag has filed documents against Hart, his former friend Jonathan Todd Jackson, The Cosmopolitan of Las Vegas, and the website Fameoulous. She is suing for negligence, negligent infliction of emotional distress and invasion of privacy. The lawsuit reads: “MS. SABBAG had no knowledge that the intimate activity depicted in the VIDEO was being recorded.”