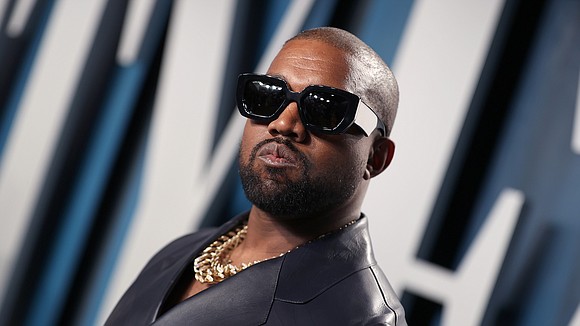 (CNN) -- He may be a self-proclaimed "Christian Genius Billionaire," but Kanye West is catching flak after his Yeezy apparel brand applied for government assistance to weather the coronavirus crisis.

Yeezy received a loan worth at least $2 million through the Paycheck Protection Program, the $660 billion economic relief fund designed to help small businesses survive and avoid laying off employees. That's according to the Small Business Administration, which disclosed this week the list of companies that received more than $150,000.

While some very small companies struggled to access aid from the program, especially early on, West's $3 billion streetwear brand is one of several companies with wealthy or well-connected owners to receive loans from the program.

West is hardly the only billionaire to run a company that received a sizable loan. Rich people receiving government funds looks bad, especially considering how many non-famous owners found themselves unable to collect the money they needed to keep their businesses alive. But these companies were eligible for money including potentially forgivable loans, so it's little wonder they pursued it.

Yeezy did not return a request for comment for this story.

The companies approved for these larger loans garnered around 75% of the program's total funding -- even though they represent a minority of the more than 4 million borrowers who took part in the program, according to the SBA and Treasury Department.

Many small companies said early in the process that they struggled to access the SBA money, and others fear the program still won't be adequate to ensure their survival as the pandemic continues.

And some experts say that risk of disparity was evident from the get-go.

"Right at the beginning, I flagged that I didn't think it was going to go well for [an] obvious reasons: They put the banks as the intermediaries," said Joseph Stiglitz, a Nobel Prize-winning economics professor at Columbia University and author of "People, Power and Profits: Progressive Capitalism for an Age of Discontent."

While the SBA managed the PPP funding, it was up to banks to disburse the loans. They had an "obvious incentive" to help well-off customers from whom they make a lot of money or had prior relationships, said Stiglitz, who was also an economic adviser to the Clinton Administration.

A bank might be more eager to lend to a company that had taken out previous business loans — a way for the bank to mitigate risk — than to, say, a small restaurant who was new to them. But that may have put some of the smallest enterprises at a disadvantage.

Beyond Yeezy, the list of companies that received the larger loans includes at least $9 million for elite membership club Soho House, controlled by billionaire Ron Burkle, and between $5 million and $10 million to Gores Vitac Holdings, a division of the company owned by billionaire Alec Gores.

And several major chain restaurants including Shake Shack and Ruth's Chris Steakhouse said they would return PPP funds amid public backlash in April, when the first round of funds ran dry.