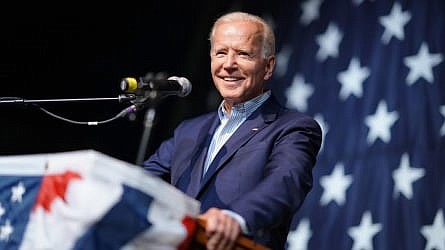 A Texas man said he waited for "a lit bit over six hours" at a polling center to participate in Super Tuesday, holding that although the long line deterred other voters, he felt it was his duty to cast a ballot in the Democratic nominating process.

"I figured like it was my duty to vote. I wanted to get my vote in to voice my opinion. And I wasn't going to let nothing stop me. So I waited it out," Hervis Rogers told CNN's Ed Lavandera early Wednesday morning after casting his ballot at a polling center located at Texas Southern University, a historically black college in Houston.

Asked how long he had waited for to vote, Rogers said: "About six hours. A little bit over six hours."

A spokesperson for the Texas Secretary of State's office said that as long as voters were in line by the close of polls, they will be allowed to vote.

Rogers was the last person to cast a ballot at his voting center in Houston. He told CNN that he wasn't upset by the long wait but that he thought "the process could've been done better than that."

"But that wasn't going to deter me from voting," he added.

Rogers said "a lot of people walked away" after seeing how long the line was on Tuesday, but that he was "determined to wait it out -- and I feel good about it."

Democratic Rep. Sheila Jackson Lee, who represents parts of Houston, including the polling center Rogers voted in, told CNN on Wednesday that "you can't have democracy if you have a process like this."

Jackson Lee said said the site had only about 10 machines and that a couple extra were brought in. She said the "20-year-old machines" at the site were not reliable and estimated they needed 30 more to handle the crowds.

"This is a highly unusual circumstance," Jackson Lee said. "People have to feel like their votes count."

On social media, Rogers was lauded for his commitment to the process, with Twitter users calling him a "patriot" and a "hero."

"I don't know many people who would wait more than an hour or two. Great respect," wrote one user.

"Hervis Rogers is my hero," another wrote. "This is a guy who remembered what it took for black Americans to gain the right to vote. I applaud him."

Former Vice President Joe Biden won the Lone Star state, adding to the success he experienced Tuesday after clinching victories in states across the country. The win came after his late blitz in the state, with rallies Monday in Houston and Dallas punctuated by an endorsement from former Texas Rep. Beto O'Rourke.