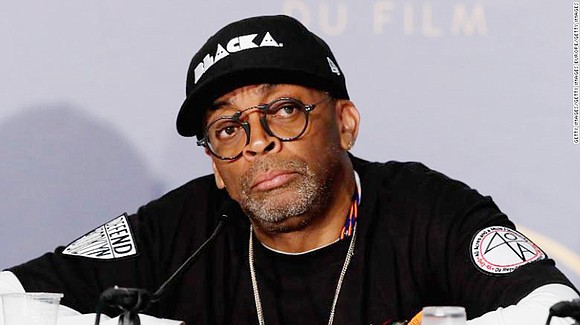 All Spike Lee wants is to use the employee entrance at Madison Square Garden. Really, it's all he knows. A long time New York Knicks superfan, filmmaker Lee has been using it for 28 years, he explained this morning on ESPN. But suddenly, at last night's game, they wouldn't let him -- security told him to use a different entrance. You'd think that would be that, but it's not. Lee is now full-on feuding with the Knicks and team owner James Dolan over his treatment. All of this comes after an incident at Monday night's game, when video surfaced that seemed to show Lee being denied entry into the game. Fans questioned how the franchise could treat its biggest fan with such disrespect. It immediately drew comparisons to the Garden's treatment of former NBA star Charles Oakley, who was ejected and banned in February 2017.