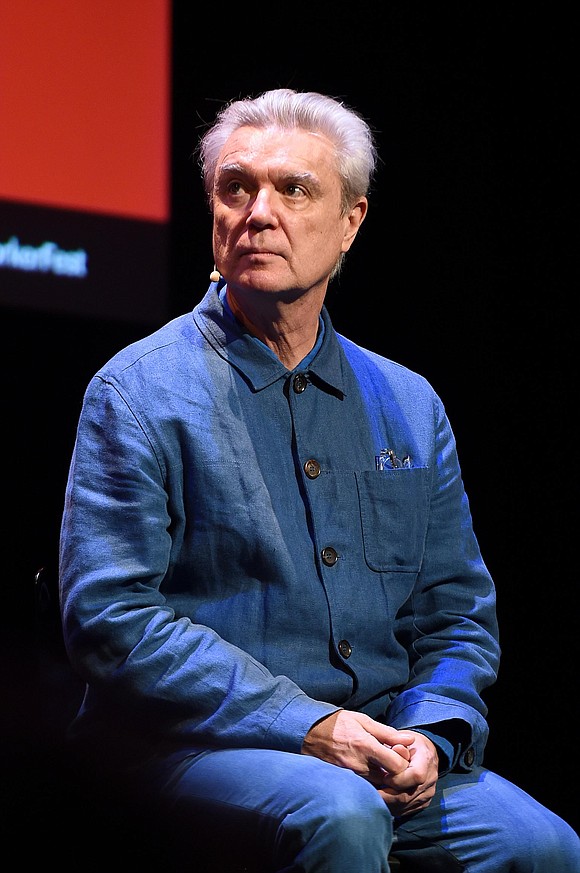 David Byrne says he is sorry for "a lack of real understanding" over the wearing of black and brownface./Credit: Ilya S. Savenok/Getty Images for The New Yorker

(CNN) -- Former Talking Heads frontman David Byrne has apologized for wearing black and brownface in an unearthed promotional video, calling it a "major mistake in judgement."

In the clip for the rock band's concert film 1984 "Stop Making Sense," the star is shown interviewing himself, while donning black and brown face to impersonate several non-White people.

The 68-year-old musician took to social media on Tuesday to express his regret after the vintage clip resurfaced online.

"To watch myself in the various characters, including black and brownface, I acknowledge it was a major mistake in judgment that showed a lack of real understanding," he wrote in series of posts shared on his Twitter page.

"It's like looking in a mirror and seeing someone else -- you're not, or were not, the person you thought you were."

Byrne stated that he was "grateful" that the problematic sketch had been highlighted by a journalist.

"We have huge blind spots about ourselves -- well, I certainly do," he said. "I'd like to think I am beyond making mistakes like this, but clearly at the time I was not."

The singer-songwriter continued: "Like I say at the end of our Broadway show American Utopia 'I need to change too'... and I believe I have changed since then."

The "Once In A Lifetime" hitmaker signed off by saying he hoped that fans could afford him some "grace and understanding" to "grow and change" so the past can be examined with "honesty and accountability."

Recently, Byrne has been firmly on the side of campaigners highlighting police violence against Black people. In his "American Utopia" concerts on Broadway in New York last year, he sang a cover of Janelle Monae's anthemic "Hell You Talmbout," the chorus of which runs: "Say his name!", "Say her name!" and lists the names of victims of police violence.

Before launching into the song, Byrne told audiences he had called Monae to ask how she would feel about "a White man of a certain age" singing her protest song -- and that she had approved.

Byrne is the latest celebrity to address their past blackface performances after Black Lives Matter-related initiatives prompted by the death of George Floyd led to calls for more accountability in the entertainment industry.

"I've done dozens of impressions of famous people, including Snoop Dogg, Oprah, Eminem, Dick Vitale, Rosie, and many others. In each case, I thought of them as impersonations of celebrities and nothing more," he said at the time. "Looking back, many of these sketches are embarrassing, and it is frustrating that these thoughtless moments have become a weapon used by some to diminish my criticisms of social and other injustices."