MTV's '16 and Recovering' is stark look at young addiction 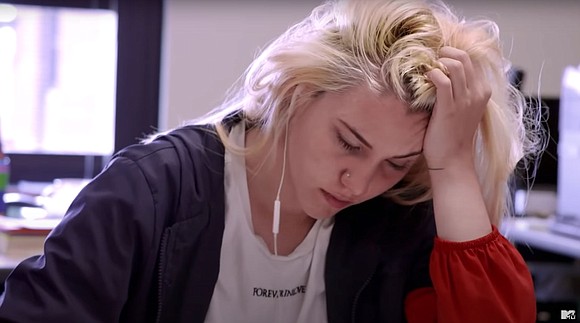 A student featured on MTV's '16 and Recovering.'/Credit: MTV

(CNN) -- Northshore Recovery High School is not your average learning institution by any means.

This becomes obvious minutes into the first episode of "16 and Recovering," a new four-part series from MTV, as principal Michelle Lipinski greets her teens with a two-armed hug as they get off the bus. Later, as a student is walking past her toward a door, he'll tell her, "I love you," in the casual way you would if you've said it to someone a hundred times before.

The students not only say they love Lipinski, but also show they trust her and the staff implicitly. On the show, they share confessions about their drug use, struggles and personal lives with the staff on the regular -- not how any kid would ever talk to a teacher or principal.

"I let what they needed kind of guide me philosophically," Lipinski told CNN. "It was interesting. When I opened myself up to that dialogue, they wanted to talk, but they couldn't talk to their traditional school educators because a fear of retribution or fear of...suspension or disciplinary [action]. It was just a totally different conversation."

So much of what Lipinski and her staff does at Northshore requires rewriting the educational how-to manual, which made her, the school and the students perfect subjects for Steve Liss, the documentary filmmaker who embedded himself in their lives for the resulting limited series.

Liss worked as a photographer for Time magazine for 30 years, mostly covering politics and youth issues, the latter being a great passion of his, he told CNN.

A Massachusetts native himself, he was immediately interested in the work being done at the school, which is located in Beverly, Massachusetts.

The series began filming before MTV came into the picture, but while shopping the project around, Liss targeted the network, knowing that they wanted the show to reach their demographic.

MTV will launch the show in correspondence with the start of National Recovery Month and has created a website with resources for young people struggling with addiction.

The network hopes to replicate the success seen with its long-running "16 and Pregnant" docuseries, which has been credited with reducing teen pregnancy rates.

For Lipinski, who started her first alternative school in 1999 as she began noticing the back row of her classrooms disappearing, the docuseries is a chance to reach students and educators alike.

"I really want to give permission for traditional educators to be able to think differently about working with these students. I want them to look at these students as though they are worthwhile and are doing something differently, finally," she said. "And I think educators want to, but we have policies and procedures that keep these kids sick."

As Lipinski sees it, there's no greater time than the present to rethink education.